I love trailing around the various film making forums online. There's some great tips on film making... some great links to really useful websites and lots of interesting people all contributing to the global film making community.  But, there's a hell of a lot of arguing about camera resolution. Ever since RED upped the game with the RED One, people have been talking about 4K acquisition. The new Scarlett is refreshing the argument all over again.  There's a whole bunch of cameras that can shoot in 4K now and there's a growing number of online film makers who will tell you that resolution is king.

I've just shot a full feature in HD for the first time... 1080p HD looks amazing when projected onto a huge cinema screen. Just ask any number of Arri Alexa users...it may capture upto 3.5K, but most users are shooting at 1080p....  even Roger Deakins is shooting the new James Bond film on one in 1080p. If it's good enough for him...  and you can't argue that James Bond isn't meant for a cinema release! 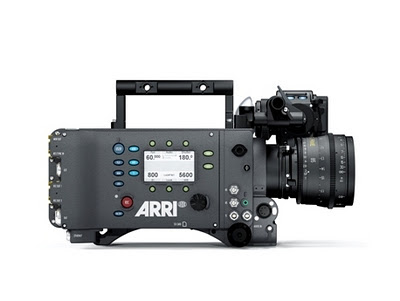 I enjoyed the technical side of preparing for my last shoot. Shooting a feature is grueling. You need to pick the right equipment for the job. I knew we were shooting in low light most of the time, so i picked the Sony NEX-FS100 and Atomos Ninja combo.... they did a great job, thanks to our Camera Op, Amy Wilson and some vintage lenses.

But... are the lovely images making my edit flow better? Is the shallow depth of field making the dialogue work? And, conversely, is the 1080p as opposed to 4K making the story weaker? No, of course not. I've got all kinds of problems in the edit, which is completely usual... it's par for the course. But, not one of them has anything to do with resolution.

1080p HD looks stunning...especially if it's shot right, and so does 4K, but neither is going to affect how good your film is. If film makers spent as much time on script development and rehearsals as they did on camera equipment, maybe the films we get to see would be better than they currently are?

EDIT Jan 2013 - I wrote this back in 2011 and i still feel pretty much the same way about 4K... the only thing i'd add is that 4K shooting does give you the freedom to re-frame your shot in post if needed if you're working on a 1080p timeline... that's useful. BUT... it still isn't essential, there's still no easy workflow for it and even the new Sony 4k recorder doesn't make it very easy or cheap... and Canon's C500 can't capture 4k internally...you still need an external recorder for that and they are all very expensive. I just hope someone like Atomos takes up the challenge at some point and they might be able to do it a price we can all work with.... but for now, i'm not at all bothered. My next feature that i'm shooting this year will be shot in 1080p again.

EDIT September 2015 - Why is this post so popular still? It's the most read post on my blog, even 4 years later. I guess it's because people are still googling 4K acquisition.  I now shoot in 4K about half of the time. Any drama projects and some music promos just look stunning shot in 4K, but i'm still editing on a 1080p timeline... no one wants 4K delivery yet apart from for cinema.. and i still think an upscaled decent 10bit 422 HD picture looks amazing.  We're now starting to hear about 8K cameras...  crazy stuff... but you can't stop progress. From what i've seen using various 4K cameras and capture systems, dynamic range makes a much bigger difference than just resolution. As i hoped, Atomos brought out the Shogun and then more recently, the Ninja Assassin.... these are still my preferred way of working.  Did anyone notice how many of the Oscar nominated movies were shot on the Alexa this year? Still not 4k and still cleaning up in the biggest of productions. That tells you all you need to know about the 4K/8K/whatever race for resolution... it's just not that important to the end customer.