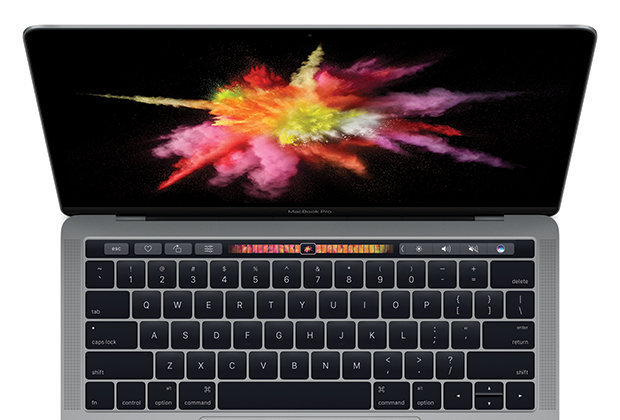 The touchbar - I'm just not convinced. The DJ using it in the demo yesterday was awkward... who wants to see that? Still, it impressed the front row of the Apple delegates.  Yes, it looks like it might work to speed up workflow in some apps, but most people are going to end up using it to add emojis or scroll through movies. It just seems like a novelty thing to me. A bigger, stand-alone version that works with any Mac running Sierra? Much better idea.... but still a bit un-necessary.

The lack of a mag-safe port - What? The mag-safe power connector has saved my Mac from hitting the floor countless times and it's genuinely one of Apple's better ideas...  but now, we have to choose which USB-C port we want to lose, and then use that to charge from.

The lack of traditional USB ports - Yes, i know....it's what Apple does - push the boundaries and help the rest of us leave old tech behind.... but, USB is far from dead. We'll all need loads of adapters to connect anything until USB-C really takes off.

The Headphone socket - Didn't Apple say this was a 'dinosaur' at the iPhone 7 launch? Isn't it old technology? Make your minds up...  I like that it's there...but it's weird.

The lack of glowing Apple on the lid - Ok, a minor thing....but i liked it. Seems like a step back to me.

Funniest bit of the launch? Jonny Ive's 'film'. Didn't it just repeat everything they had already showed us? His voice-overs are starting to sound a bit comedy now.... reminded me of a 'Fast Show' sketch.

Check out my video review of the SMALLRIG GH4 cage with a quick release system and a rails... it's another fantastically well made piece of kit.

Find the gear mentioned above on the SmallRig website:

Posted by Sean J Vincent at 3:04 PM No comments:

My good friend and drone pilot Neil Jones isn't always putting the cinematography first... sometimes (quite a lot) he flies his drones for the pure fun of it. This video just shows how incredibly manoeuvrable drones are these days but also how talented Neil is at piloting them. Enjoy...