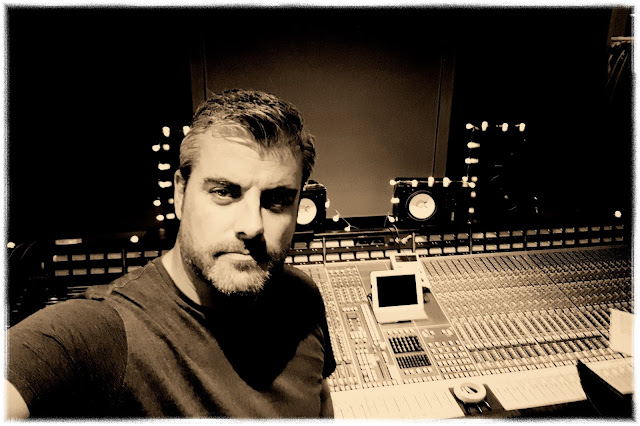 I'm getting pretty bad at this... no posts in ages - sorry.  I appreciate the continued support and number of you who visit the blog. Hopefully, i'll find more time over the next few months to post something you might actually want to read.

So - last time i talked about a new career change and a new film project... i guess i should talk a bit about that.

The new film project is really exciting to me. I've spent a long time writing various feature screenplays recently and one of those is moving forwards (albeit, quite slowly), but the project i'm shooting in April is really quite different.

There's not much in the way of a script. The idea has come from mashing various real-life experiences i've been through together and then making them happen to someone that isn't me. In fact the protagonist isn't much like me....apart from deep on the subconscious level.  Because there's very little dialogue, i've just used scene descriptions and visual cues to outline what we need to shoot. There's 4 specific conversations in the film which i have scripted, but everything else will be worked out on location.  The cast is basically one person....with 2 very small other roles.  The most exciting thing to me is that we're totally not making any plans for it. There's no distributor involved, there's no investors apart from us and there's no real need for it to be a feature.... if it works better as a long-ish short, then that's what it will be.  I have a feeling all this freedom combined with the very real stories it is based on will make it quite special.  We're shooting in April.

In my last post i also mentioned my new company. I have started an artiste management company. As many of you know, for the last 27 years i have been a sound engineer working for various music artistes and for the last 16 years i have been working for the awesome Kim Wilde. Well, at the end of 2016, Kim's manager decided to retire from the business.  I've been looking for a new direction for my music career and this immediately seemed like the perfect opportunity for me. Luckily for me, Kim believed that i could do this and now i'm her manager. So far it's been really good. It's definitely challenging, but i'm loving it. Hopefully it will continue this way and i'll develop my skills in management alongside my filmmaking.

That's about it for now. I've got some new filmmaking toys coming soon for the new project, so i might do some video reviews....