Last year i got asked by a local firm who made double glazing to quote for making a series of web videos to show off their unique manufacturing service. I went to a meeting with the company and was shown what i would be required to shoot for the first few videos, then we retired to the office for a coffee and chat about price. I told them that i thought each web video would take a day to shoot and a day to edit. I said that i could do that for slightly less than my normal price as there was a lot of work to do over a few months - a kind of bulk discount.  The whole job worked out at around £500 per web video. 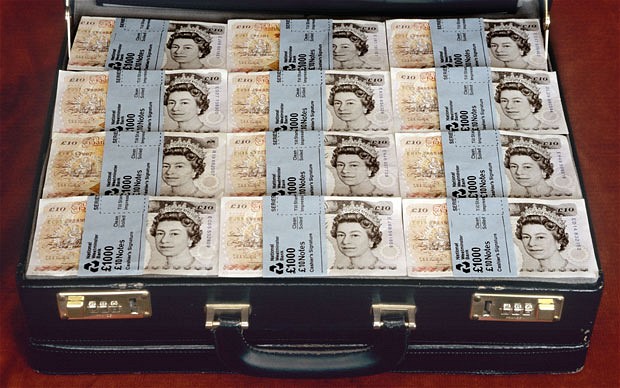 I was then phoned a few days after getting the the job to be told by the boss that a friend of his had a son who had offered to do the job for £100 per video. I asked what his experience was and what he would be shooting on, but they didn't know. They asked if i could match the offer and i explained that i couldn't as my overheads and principals wouldn't allow it. I did mention that putting a poor quality result online could be damaging to them, but i also said they might get lucky and this kid might do a good job. So that, was that.

A few months later i checked the website of the company and the first video was up there... it was clearly shot on a DSLR but with no lighting, no moving shots... and some awful editing. He'd clearly gone mad with all the presets in iMovie and produced a very home-movie looking result. But hey, the client was happy and maybe most of the punters looking on the website won't know the difference.

The trouble comes when this kid needs to make a proper living out of his work. He priced me out of the job by going in at five times less than i was charging. That company might use him again... but he'll never squeeze much more than what they paid for the first job out of them. They've had it proved that someone will always do it for less... they'll go elsewhere.

The website appears to be gone now, so i can't show you... but i did find a worse company promo video online. This is truly awful...more in concept than execution.. but it's bad beyond belief.


You can only see this one on YouTube: http://youtu.be/aM69aTQBNQ4


I love that the audio loop at the end for the credits doesn't loop properly... class. Would you hire this lot to do your PR? Nope....me either.


I often get asked to work for much less than i can afford to....and sometimes, if there are valid reasons i will work cheaper than advertised - but it's a dangerous game. I charge what i know is fair and what is the minimum i can work for and still cover my overheads and make a little bit of profit. If enough people start offering work for less than half of what i charge, they will kill the industry... literally biting the hand that feeds. It's such a hard balance to get right. A lot of the work i get used to be done by 'camera man with a van' type companies. Usually an ex-BBC or ITV cameraman with a shoulder mount P2 or even Sony optical disc camera and a van full of lights, dolly and track and other grip gear. They often charged in the region of £700 - £900 per day of shooting!!  I came along with my old DVX100 and later a Canon DSLR and charged half that. I didn't pretend to have their experience, but i did have the tools to get the look people wanted at the time - shallow DOF and a lot of experience of editing using the latest tools... not an old copy of Premiere or Avid. I purposely went for a visual style that set me apart from the old-skool guys. I charged less because i turned up with a couple of camera bags and not a van full of impressive looking 'stuff'. I still find myself going up against that kind of competition, but nowhere near as much. I did a job this week where i had to fit around a very busy environment with very little space and i had to just capture what was going on....fly on the wall style. With my FS100 on my small dolly system, a Go Pro 3 hooked up to a Ninja and capturing footage from the craziest of angles and my Canon 550D for grabbing handheld shots at a moment's notice - i had the gig covered. I got a lot of really unique footage and i wasn't in the way at all. 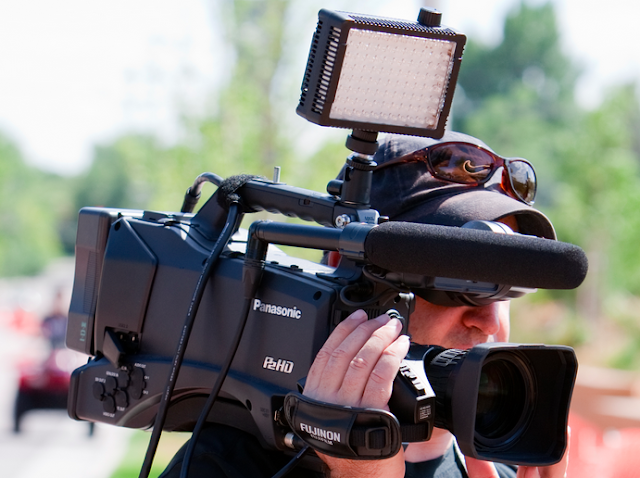 I think what i'm trying to say is: Undercutting your competition is fine if you are offering something different that may be perceived as risky or 'new' to the client... but if you go too far, no one will ever want to pay what you are actually worth again - and we'll all suffer.

I think anyone with a DSLR can shoot OK video... but if you put that DSLR in the hands of someone with vision and talent you will see a completely different result.  We need to not be lazy... always push the boundaries and give clients the best work you can. A saying i heard recently sum this all up nicely:

"If you think hiring a professional is expensive, you should try hiring an amateur...."

For anyone using PROCUTX on a machine with the same set up as mine, there may be issues getting PROCUTX to work. I have a late 2011 iMac i7 and i have both FCPX and FCP7 installed. Whenever i try to use the PROCUTX app with FCPX, it all connects fine, but as soon as i touch ANY control on the iPad, it tries to launch FCP7... which obviously won't launch without quitting FCPX. So...basically, i can't use PROCUTX.

So... if you've got FCPX and FCP7 on your system...beware. I've no idea if this is specific to my system for some reason or not... i guess time will tell.