So my 550D is finally here. It's an amazing bit of kit. I'd already collected a bunch of great lenses like a 50mm f1.8  Zeiss Pentacon prime, a 50mm f2.2 Pentax-M Prime and several Chinon Zooms from the 80s. All of these lenses outclass the included stock lens by a long way. I had to use a Dremmel to modify them as well as an adapter ring...but it was well worth it. I've been doing some tests and i can't quite believe the footage this thing is able to capture.  I even shot in the dark with just a lamp-post for lighting.... with the f2.2 prime this was no problem.

Here's some stills i took while getting to know the camera: 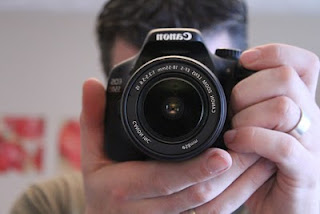 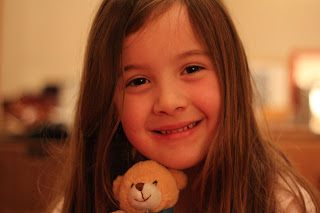 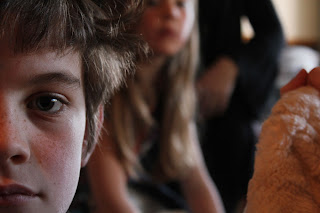 As you can see, the bokeh is great and the overall image 'feel' is so very different from any DV or HDV stills you might have seen. The skin tone and details are amazing.

The mattebox, rails and other bits have also started to arrive, so i'll get building and post some more pics and more thorough review soon.

A few weeks ago, my friend Jan Bednarz won the opportunity to go to the Bahamas to make a film for the Canon 14 Island Film Challenge. He was given the little island of Bimini. He was dropped there with a Canon HDV camera and given 14 days to make a film. 13 other film makers were on the other islands doing the same thing. Jan has been busy editing and came to my studio so i could do the sound mix with him and now the finished film is up on the 14 Island challenge website. It would be a massive favour if you could go to the website, register and vote for Jan's film. We'd both be eternally grateful... you might even win a holiday to the Bahamas yourself...not bad huh?

Take me there so i can vote now!!!

Canon today pre-announces the release of a firmware update for the multiple award-winning EOS 5D Mark II. Originally announced in late 2009, the update adds 24* and 25 frames per second (fps) recording to the camera’s EOS MOVIE video function, and will be available as a free download from the middle of March.


Developed following feedback from photographers and cinematographers, Firmware 2.0.3 further enhances the EOS 5D Mark II’s excellent video performance. The addition of new frame rates expands the camera’s video potential, providing filmmakers with the ability to shoot 1080p Full HD footage at 24fps (actual 23.976fps) – the optimum frame rate for cinematic video. 25fps support at both 1920×1080 and 640×480 resolutions will allow users to film at the frame rate required for the PAL broadcast standard, while the new firmware will also change the 30fps option to the NTSC video standard of 29.97fps.

A new histogram display for shooting movies in manual exposure, shutter-priority (Tv) and aperture-priority (Av) have been added, and exposure modes will also be available in movie mode. Improved audio functionality will allow users to set sound record levels manually using a sound-level meter displayed on the LCD screen. The audio sampling frequency has also been increased from 44.1KHz to 48KHz, providing the optimum audio signal typically required for professional or broadcast material.
With its full frame CMOS sensor and compatibility with Canon’s wide range of premium lenses, the EOS 5D Mark II is already recognised for its outstanding HD video performance. Launched in September 2008, the camera immediately created a wide range of new possibilities for photographers and videographers, and the addition of new frame rates and manual audio levels extends those possibilities even further – allowing movie makers to shoot stunning movies to suit practically any creative purpose.

Extreme sports photographer Richard Walch was one of the first to be given the chance to use the newly updated EOS 5D Mark II to shoot the snowboarding movie “I Love My Friends”. Commenting on the EOS 5D Mark II’s video performance, Richard said: “The addition of the new frame rates opens up a whole new range of possibilities. If you’re a cinematographer, independent film maker or just enthusiastic about making your own movies, get out there and give it a try”.

I've been reading lots of film-making blogs this week, mostly from either independent film-makers who have made a reasonably successful film or from indie film-makers who have made a not very successful film, but are happy that it's 'done it's job'. By 'done it's job', people usually mean that it's announced their arrival on the film-making scene...hopefully enough to enable them to get finance for their next film.

Some of these film-makers have a problem with the label 'indie'. I think they see it as a form of pigeon-holing.... as if being 'indie' is a millstone that will hold them back from making bigger and better films or stop 'serious' investors investing in them. 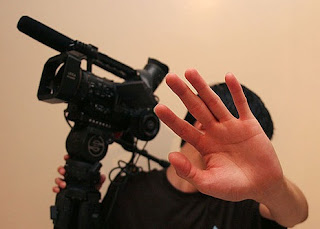 So what is 'indie'? Well,  'indie' means you work outside of the studio system... you don't tow the corporate line as much as some... but that doesn't mean all 'indie' people are the same. My indie film was made with no rules, no deadlines apart from the ones we imposed on ourselves and no one telling us how they wanted things to be. At the other end of the spectrum, there's indie films being made for several million pounds with as much administration and regulation as any major studio. So what's it all about? How do i define indie and why do some of us revel in the label while others shy away from it?


Some people think there's a certain amount of self preservation here. If we refer to ourselves as 'indie', it's like we're wrapping our output up in some kind of security blanket. If someone says it's sub-standard in any way, we can retort with the fact that it's an indie production and that corners have to be cut or it doesn't get made at all.  A lot of us are 'indie' because we have to be. No one picked up our script, so we made it ourselves. Sound familiar? 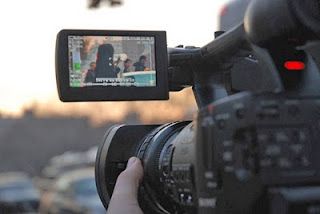 I'm not saying that making your own film is admitting defeat. (or not) But i am saying that all too often, indie status is used by default, not by design.  Let's not be afraid to tell the truth here. I made my film with my mates because that's what i wanted to do...and i had no idea how to get anyone else to do it. I'm a control freak... i wanted to be in charge as much as possible and i know a lot of other film-makers are the same.  Sure, we're all secretly hoping that out first no-budget feature will be the surprise hit of Sundance and we'll be thrust into the limelight and given 30million to make our next movie... but in reality, we know that this is paying our dues. We're learning. I learnt a shit-load making 'Shoot The DJ'....and it wasn't what i thought i would learn. Yes, i learnt how to shoot better, how to light better and how to edit better....but i also learnt how to organise...how to schedule, how to delegate and how to make decisions when they really need to be made. Film-making is more about problem solving than anything else i've ever been involved in....and that to me is what defines my particular type of 'indie'. There's no department heads scratching their heads the night before the shoot..there's me....i have to make sure there's food on set, i have to organise transport for the actors, the make-up girl and the sound man... i have to make sure there's enough tape/cards for the camera..  As the budget goes up, the more these jobs become someone else's problem...until eventually i just turn up and shout action and cut...and that is when i'll stop considering myself indie.
Posted by Sean J Vincent at 12:36 AM No comments: