This is turning into one of those weeks where i don't know which way is up and what i should be working on from one minute to the next.

The 'Seven Cases' edit is looking fantastic... i'm so pleased with the Steven Berkoff scenes. It's made a huge difference to the film. His intensity really comes across. It's been tough doing the keying work on some of his scenes, but the end results are worth the effort.

We've already had multiple offers of distribution for 'Seven Cases' which is fantastic, but we're going to wait and see how the first few test screenings go before we decide where we go with it.

While 'Seven Cases' is eating up my time... so is another project that is pretty close to home. Kim Wilde's new album 'Wilde Winter Songbook', which i mixed at RAK studios back in the summer is now on release and i was asked to shoot and direct 9 videos for the album. That's a huge undertaking and it's been a fantastic project to work on. We shot a lot of the videos in Kim's beautiful converted barn, but a few of them are a bit different and one in particular is getting a very special airing for the next week - but i can't talk about that yet.

Posted by Sean J Vincent at 6:33 PM No comments:

Last week we shot the final scenes (bar a couple of composite elements) of 'Seven Cases'. We were lucky enough to have been able to get the great Steven Berkoff to play the lead antagonist role of 'Lawson'. As you might expect, Steven brought a level of performance to the scenes that has elevated the film to new heights. His intensity and talent in playing complex characters was a pleasure to watch and directing him was a real privilege. The rushes look excellent and i'm about to start slotting them into place in the edit. 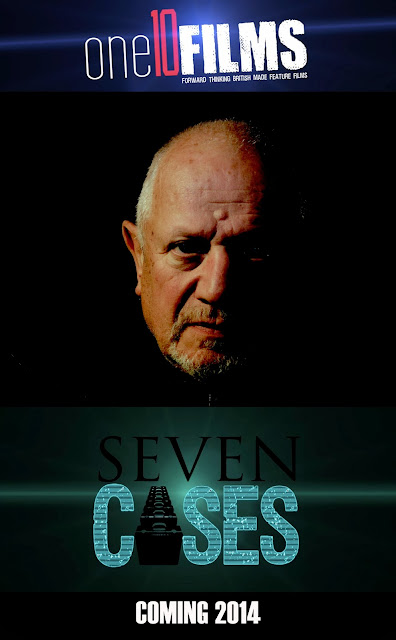 Jon is about to start working on the score now. He's been working on his template for the film and is now just waiting for me to send him the reels to make a start on.

I'm going to be tightening up the edit, tinkering with the grade and then diving into the foley and sound design. Hopefully, we'll have a cut ready to screen soon in the new year. We were aiming for Xmas, but i think February is a more realistic timescale after the mad few weeks we've had with all the other work we've had to fit in.

We sat and watched the film through the other day and we're incredibly pleased with it. It's come out so close to my initial vision for it that once we're done with the post process i think we'll have a truly stunning indie film to show the world.

We'd like to say a big 'thank you' to Leoni Kibbey casting for all their help. 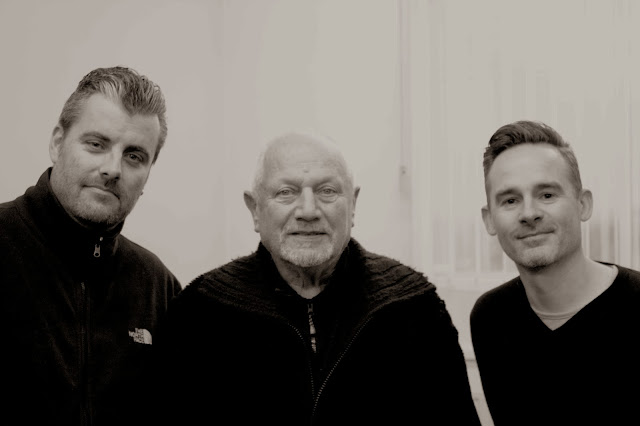 Social Networking and us. 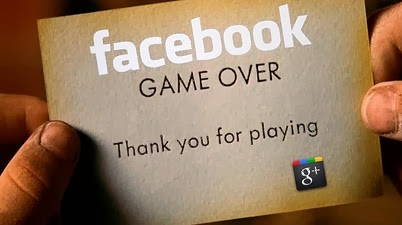 I've just read an interesting article in the Guardian that says that Facebook is noticing a growing trend for teenagers not checking their Facebook profiles as often as they once did. They put it down to older people like their parents getting in on the Facebook action and making it both 'uncool' and harder to say and post what they really want to. They think that kids are moving away from Facebook and onto messenger apps like Whatsapp.  In the comments for this article, a couple of people said they thought twitter was going the same way.

I don't disagree with their findings... i'm sure teenagers are migrating to other more private forms of networking, but i think it's more than just teenagers. I bailed out of the Facebook charade two years ago. It just got to the point where people who i really didn't know were sending me friend requests and all my wall consisted of was people i often didn't know too well boasting about what they were doing or posting pictures of their dinner/cocktail/pet/car. I realised that i had come to rely on a daily dose of Facebook to see what was going on in the World, but what i was seeing was not at all based in reality and was mostly bollocks. I closed my account and haven't missed Facebook at all. 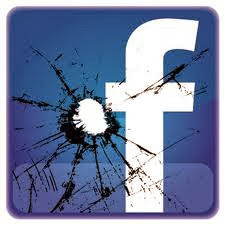 I do twitter... but i don't go mad... i don't tweet loads and i try not to be an annoying twitter user. If anyone i follow starts tweeting more than 10 tweets in a day and it's not incredibly important or interesting, i unfollow. If anyone starts trying to sell me something or persuade me to donate to a kickstarter campaign, i let it go for a few tweets, but when it starts to clutter up my feed...unfollow.

I also use Google+... but generally only to let people know i have new blog post up...and i generally only follow film industry people on there so it's good for keeping an eye on what other film makers are up to. It's also great for using Google Hangouts for video calls.

Anyway, back to what i was saying...  I don't believe it's just teenagers who are reducing their Facebook time and in a lot of cases, closing their accounts. It's everyone. There just comes a time when you realise that every single corporate identity has a Facebook page...Government departments have them, your boss probably has one...so does your Mum...and your kids...and your neighbours..  That's a good point. What do you do if your neighbour (who you have known for some years and say 'hello' to on a daily basis) tries to add you on Facebook? If you ignore them, that's going to be appear rude as if you're being aloof or unfriendly, but if you add them, they will see your photos, your parties you didn't invite them too...who your friends are... it's fucking endless and can only lead to shit landing on your doorstep one day. 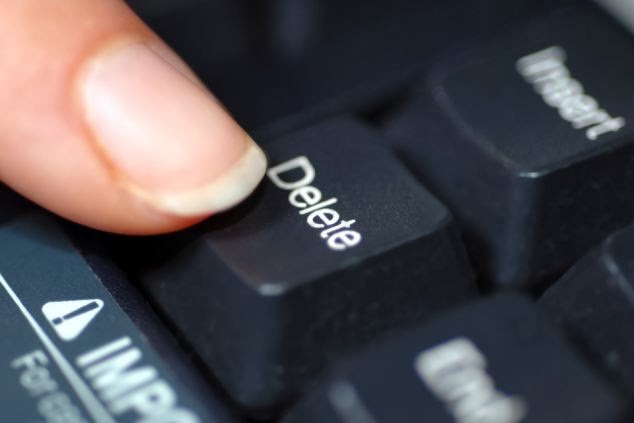 It's also about growing up i think. Selfies (photos you take of yourself with your phone, usually) are all very cool and fun at first, but when you get to your thirties and you're still doing it... you better have a word with yourself. I'm not saying you should never do them. Everyone needs a twitter avatar or a profile pic doing for a new web account...and a selfie is quick and easy and does the job. That's ok. But when you post a selfie on your Facebook wall or Twitter feed...showing off your new haircut/t-shirt/stupid expression/moustache/beard, it just looks like you're saying 'Check me out... look how cool and interesting i am'... when in reality, most of us look at it and think 'What a twat'.  I've thought of some more exceptions when selfies are acceptable - You get to see a big landmark...Eiffel Tower, Empire State etc... you and the said landmark in the shot - fine. You meet a celeb... fine (that's not exactly a selfie cos it's not just yourself).  You get an interesting or news worthy injury...broken nose, black eye, knocked out tooth.... ok, we probably want to see that. But that's it. All others are narcissistic and unnecessary.

Lastly, how has the social networking thing affected film makers? Well, it's made minor celebs of some people like Phil Bloom and to a lesser extent, Nino Leitner. Phil was blogging about DOF adapters one minute and was an internet sensation the next with his early Canon 5D mk2 shorts. Now he's busy milking the workshop circuit and is probably one of the best known DPs on the indie film circuit online, even though his CV isn't really very indie film oriented. He's a doc maker and DP who's dabbled in drama. There's hundreds of much more experienced DPs working in indie films who will never achieve the notoriety that Phil has... right place, right time and to be fair, he puts quite a lot back into the industry at grass roots level with his camera reviews and honest opinions.  So what else has the social network done for film makers? Its made it easier for us to talk to each other. I correspond with other film makers that i've never met. We swap information and help each other out. That's quite cool. What else? Well, we all try to connect to our audience via twitter and Facebook. Does it work? Not really... we can sometimes reach some of them, but if you think that a few thousand twitter followers is going to make you the next Quentin Tarantino, you're wrong. It certainly doesn't hurt, but online alone is not enough to rely on. 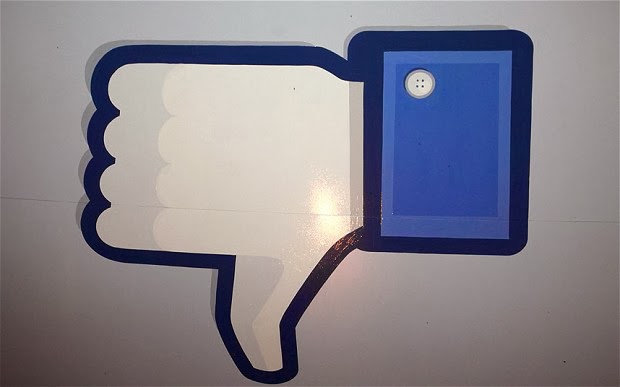 So do i disapprove of social networking? Nope...not at all. I just think we're still very much at the start of it all. Myspace was huge... it kicked things off. Then Facebook stole it's thunder and pretty much took over the entire civilised world... but it's not going to be here forever. It's already on the slide and we're only in it's 5th year since it's creation? That's less time than some boybands last. Hardly a big player when it comes to longevity.  Can you believe the first iPad only came out in 2010? What the hell are we going to be surfing the net on in five year's time? All of this is just a huge state of flux... I think we just need to learn from it as we go along.

There... i've said enough. Who needs a Facebook page when i can rabbit on for ages on my blog? Much more fun.

S
Posted by Sean J Vincent at 4:04 AM No comments: 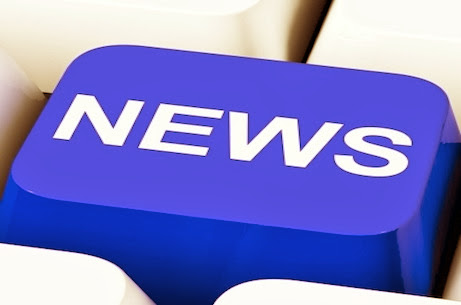 Sorry i've not updated much recently, but this has been a very busy few weeks.  It's looking like it's only going to get busier between now and Xmas.

I've been working on 9 music promos (yes..9!) for Kim Wilde's new album which comes out in about a week's time. It's been a fantastic project to work on as i got to mix the album and direct, shoot and edit the videos... so it's going to be great to round it all off with the Xmas tour we're doing too.

As well as the music promos, i've also been working on a web/TV ad for a new clothing company. It's a skate/surf kind of brand, so i've been working on both the visuals and music for that.

I've also been editing my current feature film project 'Seven Cases'. We've got the edit to the point where the only scenes missing are the ones we haven't shot yet... these are being shot in the next couple of weeks with a very experienced and well known and respected actor. I'll tell you more when i can. I'm also spending a few days next week writing and recording some new music, hopefully one of the songs will be the end credits theme. Jon Atkinson is just about to start his composing for the film too - so we're on schedule.

As if all that wasn't enough, i've also been writing for Digital FilmMaker magazine, preparing for a Howard Jones tour and we've just begun work on planning another feature film shoot for March 2014.

I thought i would give the blog a slight refresh in the design.. not big difference - just a little bump to keep it up to date. Hope you like it.

Posted by Sean J Vincent at 2:21 AM No comments: