Digital Cinema Projection - DCP and the shit it entails... 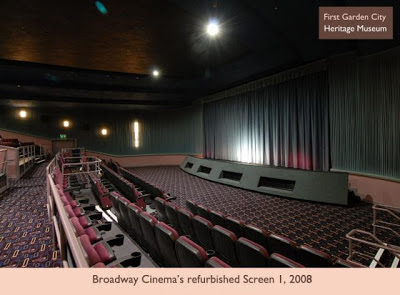 Last week was a real 'back to skool' week for me. I had an appointment early last week to test our feature on the cinema screen where we had booked to show it on the 25th Nov. I rocked up with my Firewire800 drive, same as i did for the test screening in Soho back in the summer.

Turns out, proper cinemas can't use a hard drive with a Pro Res on it. They can't even 'see' mac formatted drives. They need a Linux or NTFS drive with a DCP on it. 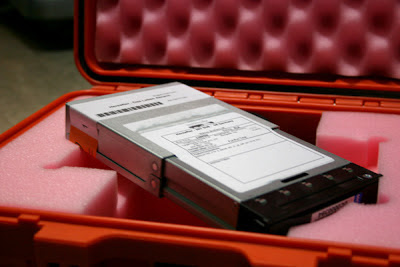 A DCP (Digital Cinema Package) is folder with two MXF files...one for the picture and one for the audio 2 XML files... telling the projection system where and what the MXF files are and 2 text files. To make this DCP file is mentally hard work.

First of all you have to export your movie as a 16Bit TIFF sequence. Not a .MOV in TIFF format, but millions of individual TIFFS, one for each frame of your movie. To export an 8minute test section took my Quad-Core i7 Mac over 3 hours.

Next, you have to use OpenDCP (http://code.google.com/p/opendcp/) to convert these TIFFS to JPEG2000 files. This took another 3 hours.

Now you need to export all your audio as mono 48kHz, 24Bit files and they have to be EXACTLY the same length as the video file to the frame or it won't work. So if it's stereo, you need 2 mono files, and if it's 5.1, you need 6 mono files.

Now you use OpenDCP to convert the audio files to an MXF file.

Finally, you use OpenDCP to create the DCP file from the 2 MXF files.

The whole process took 7 hours plus.... Oh and you can't test the resulting file in realtime.. nope... you just have to hope it's ok.

We're still not done.... you can't put this on a drive that easily. You need to download an app called Paragon (http://www.paragon-software.com/home/ntfs-mac/) or something similar to allow you to format a drive in NTFS format on your mac. You can then copy the DCP folder onto the root.... do not put it inside another folder and do not put anything else on the drive.

The first time i tried this, i got the conversion all wrong and had to start again...after 3 attempts i decided to try a smaller section of footage...only 2mins instead to cut down on the conversion time. Eventually, it worked!

We tested it on a massive screen in a 450 seat cinema... and it looked great. The picture was very sharp and it was very smooth.

But.... the picture was lighter overall... something not right with the gamma space....and the audio was quiet..

I worked out that even on my pretty powerful mac, it would take 48hours to create the DCP for the full 90min feature. A) I haven't got 48hours spare... and B)If it doesn't work, there's nothing i can do about it.

So... i handed the project over to Soho Digital Cinema in London who did a professional job and turned it around in less than a day. It's not cheap, but it's not worth risking fucking this up... 450 people is a lot of people to disappoint if it fails at the premiere.

My advice? If you're screening a short film, 10mins or less... and you need a DCP, then why not give the DIY route a go, but if you need a feature encoding, don't even think about it. You don't want months of editing and colour grading ruined at the final stage... get a professional on the case.

I must also mention 'The Carousel' who also do DCP creation... based in Lancaster Gate, London, they were pretty amazingly helpful and we really appreciated it.

Check them out here:  www.carouselmediacompany.com

The Premiere of 'The Addicted' went fantastically.... but not without drama... full blog on it soon.