Online 'Agencies' like Genero and Radar... good or bad for the industry? 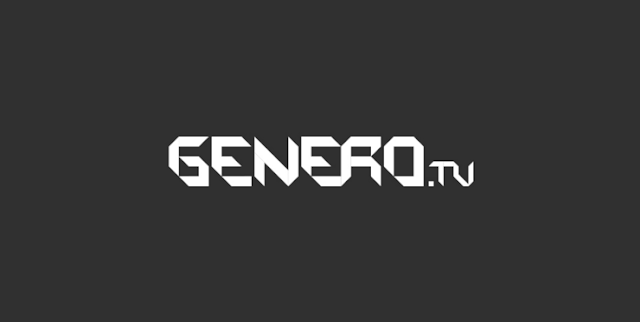 A few months ago i thought i'd join Genero and Radar to see if there was any interesting jobs worth pitching for to cover the down time between other jobs. They are both similar in that they list jobs which you then pitch on. Radar only deals with music videos and associated jobs like EPKs and behind the scenes stuff for videos and recording sessions, whereas Genero does everything from music videos and TV commercials to sponsorship bumpers and corporate jobs. Radar gives you the brief and the budget and you are invited to pitch. Genero does the same for most of the jobs, but some are run more like a competition, where you are invited to make the piece of finished work and submit it for the client to pick the winner....and then only the winner gets paid. All well and good.

First of all, let me be clear about my experiences, so that none of this is viewed as sour grapes. I pitched on about 20 music videos on Radar and only got 1 of them...although i actually got the job outside of Radar as i knew the artist already... so the Radar involvement didn't do anything other than alert me to the fact that someone i knew was looking for a director. The other 19 jobs went to other directors. Why? Who knows... i've no idea how many people pitched... but i guess it was quite a few as this is an international service.

On Genero, i pitched on about 6 jobs and did one of the 'competitions'. Things got complicated with Genero when i was selected as the filmmaker for a commercial for a well known insurance company. 24 hours later, (after several useful and positive emails and phone calls with the actual client) i was sent a message saying i was no longer required for the job. What? Yep... fired before i'd even got as far as the first production meeting. Why? Well, this particular job involved being able to deliver some specific performers and i had told the clients (and Genero) in the conversations on the website prior to being hired that this was not only not possible, but also the general plan for the commercial would cost more than they were offering to do safely and legally. When i got the job (for an increased budget), i figured that they liked that i was doing things properly and not skimping on the law and health and safety. Anyway, it turns out they hadn't read the messages and when they found out that my pitch was a slight variation to get around the problem (rather than putting performers and crew in harm's way), i got dropped.... hardly my fault that they didn't read their email.

Annnywayyyy.....  whatever. Genero apologised a lot to me for the rubbish treatment and we all moved on.

So...why did both Radar and Genero get on my nerves? Mainly... drifting deadlines and lack of communication. On every single Genero job, there is a deadline for the pitch and there is also a date when the finished film/video is due for delivery. Now, if i pitch on job, but by the time the delivery deadline is less than a week away and i still haven't heard anything -  i think that stinks. How are directors supposed to manage their diaries if people don't let us know what is going on? Genero (when asked) said that the delivery date was always just a guide and they would always talk to the filmmaker about this when they were in contention. Great... but they do all this before telling the hundreds of other pitchers that they aren't in contention anymore... So people just wait... not knowing if they should pitch on other jobs or if, in fact, they are about to be asked to complete a previous job that is now running weeks over it's own deadline. It happened on every single job on Genero that i pitched on. All of them...all the time. 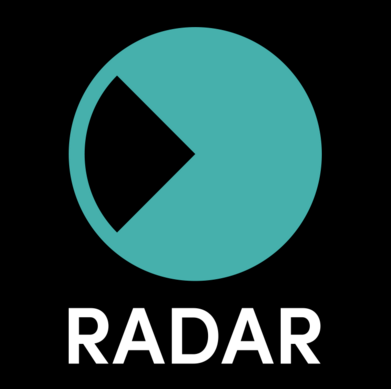 Radar is very similar. You pitch and you wait.... sometimes you get feedback from the band/client...but it's nearly always a generic 'We liked another idea more'. I even got this when i had pitched to make a video that the band had already come up with the story/brief... they just wanted people to shoot it.. weird.

In Radar's defence - They contacted me when i closed my account to ask why and i told them. They then said they were going  to implement new rules which would let the filmmakers know within 7 days of a job closing whether they had the job or not. Much better. Well done Radar.

I suppose if you are a student filmmaker or you haven't got anything else going on, then waiting to find out about jobs might be ok, but for anyone with a bunch of work spread throughout the year trying to plug the gaps with these services... it's just not worth the hassle....or the money.  Radar's subscription is one thing.... but the hours you need to spend on pitches for both Genero and Radar costs time, and time is money. It makes not getting any communication even more frustrating. No agency would ever treat you like that if they wanted you to work with them again.

But, all the timing issues and lack of communication aside, there is a bigger issue here. The fees offered are set by the clients and not the websites..that much is clear.  However, some of them (not all) are really taking the piss. Now, of course, it's up to you to avoid those ones if you don't like it, but the effect on the industry is that clients WILL find someone, somewhere who will make them a music video for £200 or a web commercial for £1000...  good for them... but it's knock-on effect is far reaching. I've had bands who are signed and earning thousands per gig offer less than a grand for a music video.  This is the video that will help sell their new single and promote their gigs that earn them their living.... and yet i'm not going to clear enough to pay an assistant and cover my own costs... and i've got no long term residual payments coming from it... but they have... that's where this goes wrong. Even a simple music video takes more time than bands and clients realise. Let's take a look...

A video i shot recently for bottom dollar took this amount of time:

Day before the shoot. Prep two camera rigs - clean lenses, format drives, pack flightcases and get all equipment ready to pack into the vehicle in the morning. Approx 5 hours.

Day of the shoot. Pack vehicle. Drive to location. Unpack, set-up production base. Rig lighting and cameras for first set up etc etc... 8 hours on set.

Evening of the shoot. Drive home, unpack, de-rig and then ingest all the footage and check. 4 hours.

As you can see... that's a lot of work for a simple job. As far as the band are concerned, i turned up, did some filming and 3 days later i sent them the video.  In actual fact, i spent about 6 days (where i didn't have time to do any other jobs) totally working for them.  It's the same with commercial jobs.

It's hard to say any of this without sound like i'm moaning...(i am a bit), but it's up to us, the filmmakers, to make sure we walk away before we accept a fee that isn't enough to make it worthwhile. Every time we take a stupidly low fee, we're making things worse for the future.

As for Genero and Radar? I'm out... for now... Radar seem to be making the right noises to improve things and maybe Genero will get there eventually.

X-LUTS - FREE 3D LUTS for your Atomos Shogun or NLE

I've been shooting with the Atomos Shogun for a long time now and i've developed a small, but useful set of LUTS (Look-Up Tables) that give me the confidence that i'm getting my exposure and lighting right on-set.

I found a lot of the professional LUTS i had been using were too subtle sometimes and not really what i wanted. I needed something quite heavy-handed that would be easy to judge exposure and lighting when i was on location or on set. Getting the right amount light on faces is tricky at the best of times, but when i'm shooting on two slightly different cameras and moving the Shogun from one camera rig to the next, i really wanted some LUTS that would work for both VLog on the GH4 and SLog2 on the A7S.

Now, i hear can hear the questions already.... can a LUT really work for both? Well, yes and no. It won't be as perfect for when it comes to post production, but by adjusting very basic settings using your LUT loader, they work really well. On the Shogun, they work with both with no problems at all.

So what LUTS do i use?

There's VLOG-SLOG2 FILM001 and FILM 002, which are my main film-look LUTS. They have a blue tint to the shadows and a nice warm orange lift in the mids and highs.

Then there's VLOG-SLOG2 KODAK001 which is reminiscent of a Kodak stock with a less obvious cool/warm slant between the shadows and highs with a more obviously contrasty image. Slightly pink in the highs... makes a change from the teal/orange look.

VLOG-SLOG2 WARM FUJI is based on a Fuji style film stock with a warm, slightly golden tint to skin tones.

VLOG-SLOG2 MAGICHR is a 'Magic Hour' look.  A warm, orange/yellow cast with a slightly cooler and contrasty shadow area. Ideal for when you've lost that 'magic hour' light and you're still shooting.

VLOG-SLOG2 DAY4N is my 'Day-For-Night' LUT. It's completely over the top with a very blue tint and big dip in saturation, but if you nail it using this combined with a White Balance of around 3200K, it'll be just right when you come to treat it in post.

I've found all these LUTS work well in post as starting point for the grade, you just often need to back them off a bit.

Anyway, i thought i'd give them away... if i find them useful, i'm sure others will.


I use MotionVFX's mLUT for loading LUTS into FCPX. Definitely worth looking at.

Posted by Sean J Vincent at 4:34 PM No comments: