It's early evening and i'm stuck on a train from London back to Hertfordshire... it's busy and apparently there's a freight train ahead of us that is going very slow. We keep stopping for 5 minutes at a time...always in the middle of nowhere. Everyone is hot, bothered and extremely irritated by the 18 year old girl in the seat in front of mine. She's spent most of the journey on the phone... very loudly. Firstly to ask someone if she was on the right train for Cambridge..(she is). She asked the person on the other end of the phone 'Where's New Barret??....we're in a place called New Barret... i've never heard of it...i think i'm on the wrong train!!'.  We were in New Barnet. Another passenger pointed this out. She said she'd never heard of New Barnet either. Then she phoned her Dad and told him to pick her up in half an hour... the train is never going to be anywhere near Cambridge in half an hour. After that, she called a friend and bitched about her being boring. 'Why don't you ever come out? You're soooo boring...you're getting old... What are you? 20? You'll be going grey next you old git.'  At this point, the mostly grey haired carriage (myself included) sighed...  I'm praying that the train speeds up and gets me home... or de-rails and smudges her annoying head into the track below. 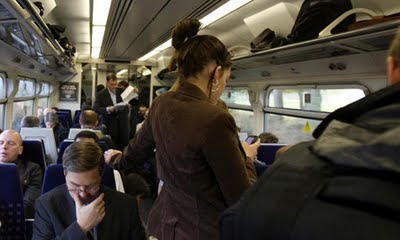 Anywaaaaay. It's one month before we start shooting 'The Addicted'. This project has come together very quickly... mostly thanks to the extra people all doing their best to make it happen. I've never been great at delegation... too much of a control-freak...but i'm all for it these days.

There's so much to do. And that doesn't include tying up all the financial loose ends. We're mostly funded now... but there's still more funding to find..and quickly. I'm sure it'll all come together...after all, this is a great project and we're sure we'll find distribution.

The final choices on the gear front are all made now. We're investing in the Sony NEX-FS100 and a Atomos Ninja for the main camera, with the 550D on B-Camera duties. We've ordered a selection of adapters to make my collection of lenses work with the FS100.... i'm so glad i never invested in Canon glass now... those EOS adapters are expensive!! 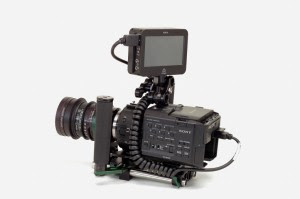 We're hiring in the best audio equipment available... tiny DPA lav mics all running on UHF, a pair of AKG C568 shot guns for the booms and all being recorded to a mobile Pro-Tools rig with some lovely Mic pre-amps that will blow away anything you'd find on a digital recorder. Minimal ADR is the plan...

The only bummer with it all really is the lack of decent sync. The Ninja can't sync to Pro-Tools...so there's going to be some very fastidious on-set logging and file naming to make post less tedious.

(Annoying girl has put her iPod on now... loud and shit... but much more preferable to her talking)

I was talking to someone today about producing indie films, and it occurred to me that the most important thing you need to be an indie film producer is the ability to hustle.  You need to be able to talk people into helping you...doing you a better deal... bending the rules...whatever it takes to get your film made. Obviously, some writing and directing talent is vital...but without the hustle, it's useless.  However, if you want to survive and make a long term career, you can't lie or imply you're going to do this, that or the other for people if you can't or have no intention of doing so. Be optimistic, by all means.. but tell the truth.

3 more days of hustling until a well earned holiday in the sun... then it all kicks off for another 4 months of mayhem.... bring it on.
Posted by Sean J Vincent at 6:44 PM