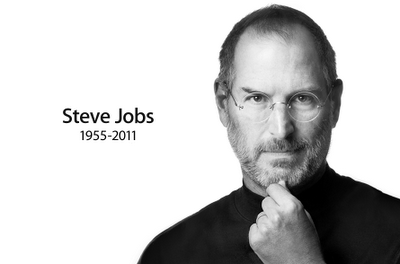 Woke up to hear the news that Steve Jobs has died. He's been ill with Cancer for some time, so i guess there's some relief for his family that he's finally done with the suffering and pain that Cancer brings.

Steve was a true visionary. He didn't give people solutions for their problems... he gave them solutions for the problems they'd have in the future. He always looked ahead. His way of thinking infuriated some people...(mainly the PC mob), but for many of us, he was showing us how cool the future could be if we let technology shoulder some of the burden of everyday life. The iPod, iPad, iMac and the iPhone changed everything. Even if you never owned a single one of them...their influence touched everything that came after. Remember the first iMacs? They were white and blue...or white and orange or red or green. In those days all computers were beige...nasty nicotine coloured things with no design at all. Then suddenly the iMac arrived and everyone realised that computers could look stylish at the same time as functioning well. 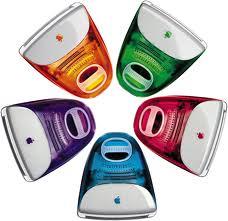 That changed the world. PCs started arriving on the market in more outlandish colours. Steve moved on... The G5 tower arrived. Sleek, aluminium...very functional and very stylish... but different from the colourful iMacs. Let's not forget OSX. A truly revolutionary operating system that Windows has been trying to catch up with ever since. OSX is still going strong... easy to use, easy on the eye...no annoying bullshit in the way of you getting things done. 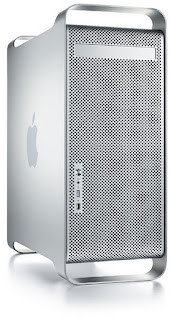 What about the Macbook? A really small and cheap laptop that can out-perform a lot of desktop PCs.... it's £700!!!  That's madness... And if small is your thing, there's the MacBook AIR... a stunning piece of design that fits some people's idea of the perfect travel laptop.

How did i get into Apple? I was forced...  back in 2003, i was a PC user. I was using a package called Logic Audio on the PC for all my music production work. I loved this software...i still do. Then, Apple bought it. They discontinued PC support straight away and i was left with a choice... learn a new piece of software, or buy a Mac. This meant a huge upheaval. Replacing all my software and ditching the PC forever...   I rarely had issues with my PC. I had learnt to build my own and i knew how to optimise them for use in the studio. It rarely crashed and i wasn't keen on spending £2k on a G5... but that's what i did. It took about a week before i realised i was never going back to PCs.

Soon after that i got my first iBook. A little 11inch laptop that changed the way i worked. I could work from anywhere and never have to wait for it to boot up....i just left it in sleep mode all the time.. impossible in those days on a PC.

Then i upgraded to a newer Macbook.... the 13 inch model. I loved that laptop. It's still going strong now. Then i upgraded to the 15 inch MacBook Pro...the unibody one. That's what i'm using right now. It does all my editing, my composing, my internet, my calender...everything. I picked up a second hand G5 iMac for the kids to use at home...and they also have my old G5... it's still going.

Last summer i bought an iPad 2....  and in about a month i'm going to buy a new iMac for editing on.

So, as you can tell... i'm a huge Apple convert. Their products work perfectly... the OS never crashes.... they are fast... they are beautiful and the back up from Apple is second to none. I once took my secondhand macbook in to an Apple store because the case had a crack in it. No receipt. No paperwork...nothing. They took it back and replaced the casing for free. No questions asked. That's service.  A friend of mine had a logic board go on their MacBook Pro recently. They replaced the whole thing for free. It's that kind of support that makes buying Apple a no-brainer for me.

I hope they keep pushing boundaries and keep giving us cool products to work with.

Steve Jobs will be missed.