When we were preparing to shoot 'Seven Cases' back in early summer last year, we already knew how we were going to work with the footage. Unlike 'Rehab' (The Addicted) , my previous feature, we were going to be editing on FCPX and not FCP7. However just like 'Rehab', we would be shooting on the Sony FS100 and capturing to the Atomos Ninja 2. I love the Atomos way of working. It's quick, reliable and very high quality.

On set, i would shoot using Frank Glencairn's G-Log profile, which gave me a very low contrast Log type picture. It would be captured on the Ninja2 using the Pro Res HQ codec for the highest bitrate possible.  I would always light each scene in a such a way that it would be several stops brighter than i want the final picture to look like. I find the G-Log picture profile when captured with Pro Res HQ can be graded very extensively before any degradation takes place. A lot of the film is set in a car and we decided to shoot all of the interiors against a green screen. We lit these shots using a combination of Red Heads on the green screen itself and Dedos on the actors in the car. These Dedos would be dimmed to get the look just right, although again, a few stops brighter than i wanted for the final look. When i put these elements together with the plates back in the edit, it looked perfect.

To give the car interiors the realism to sell the shot, we did a few things... 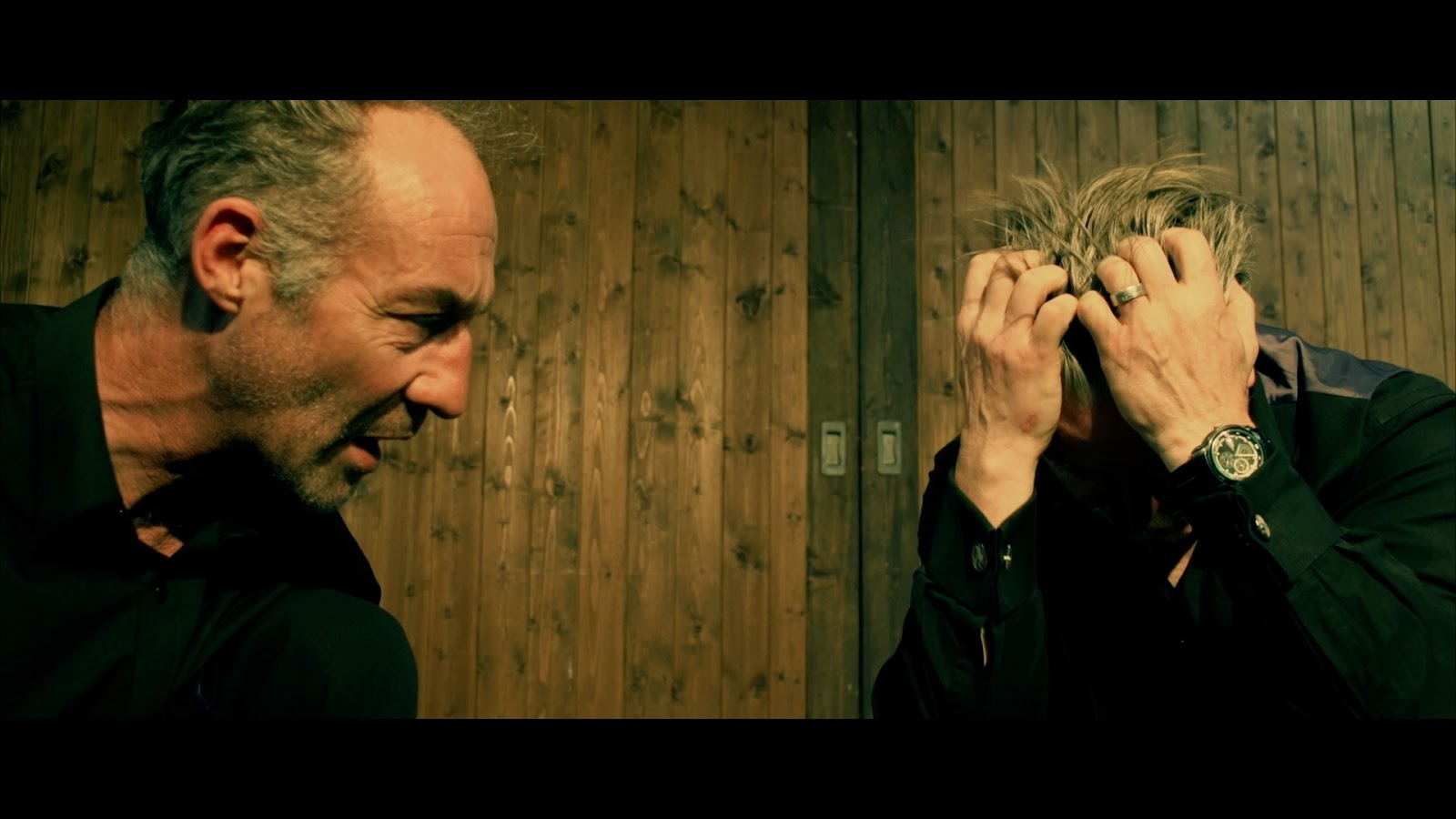 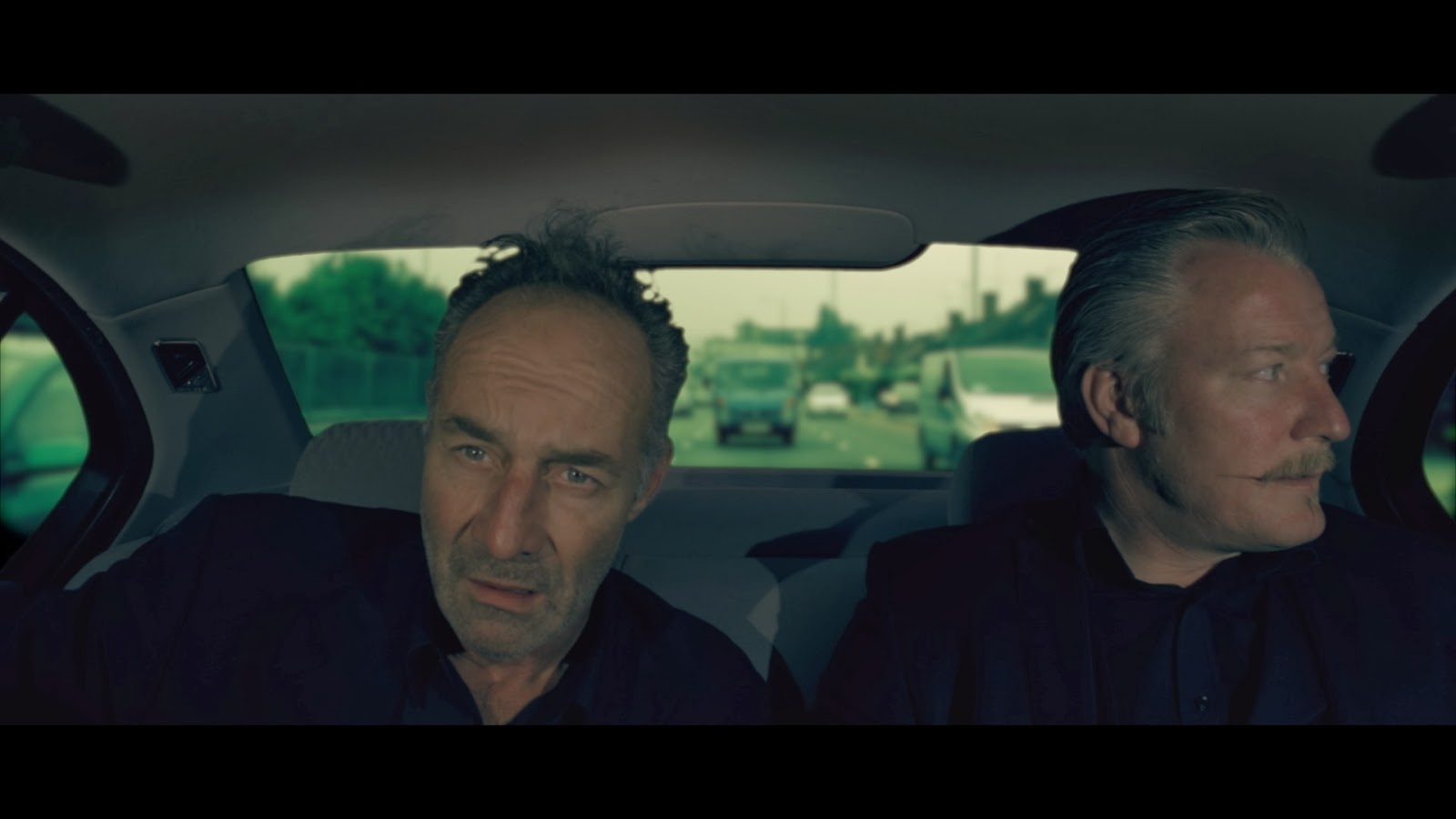 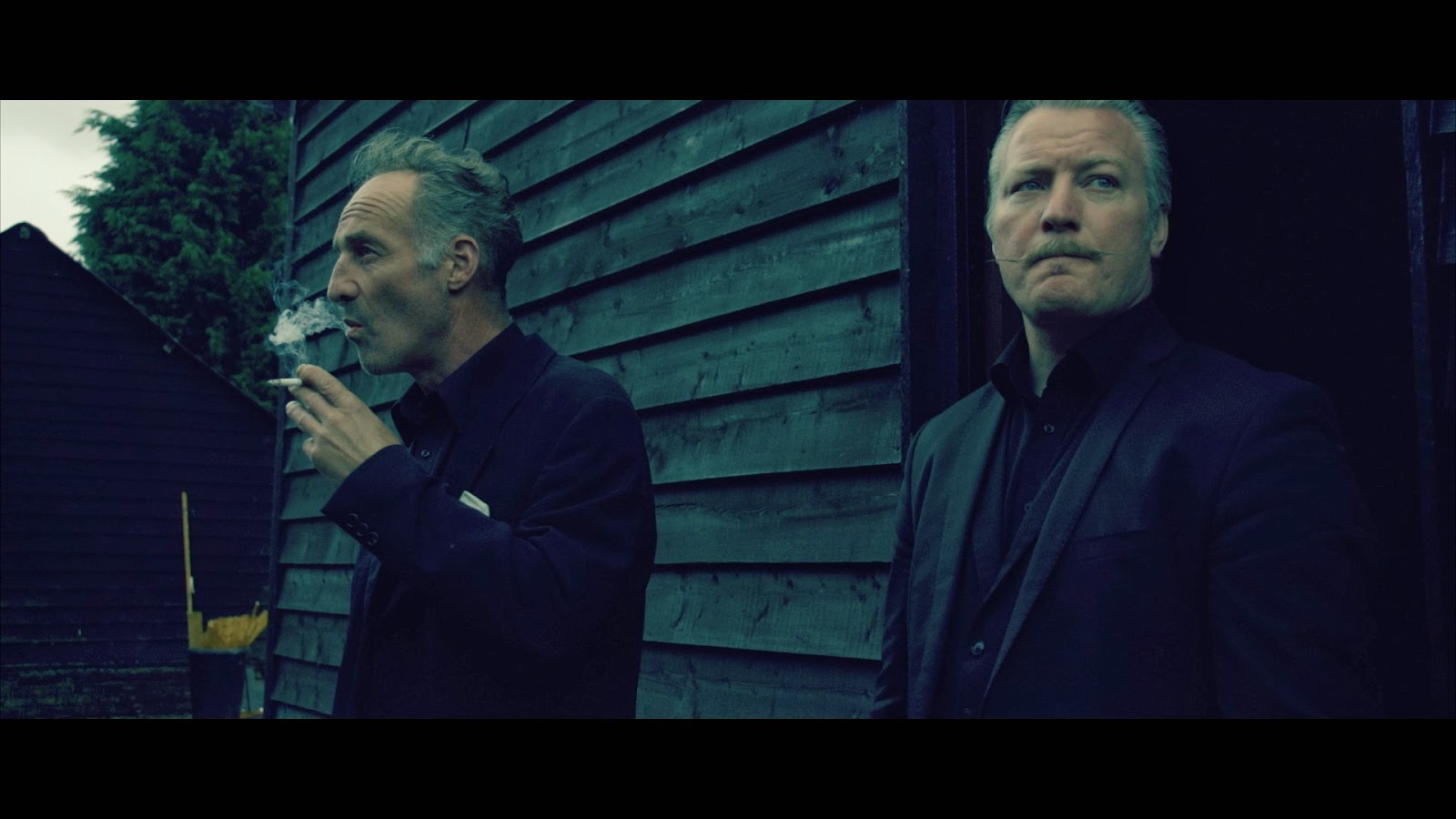 My shoot-to-post routine is very simple and keeps things organised for the edit.
When i get back from a shoot, i immediately put the Ninja disks into the dock and copy the footage to the HD for the project and also a back-up disk.

I then use an app called 'Re-namer' to rename all the Pro Res files to something that makes sense. Usually this includes the shoot day and the scene. For example:

It's then quite simple to scan through the footage in FCPX using Keywords and find the bits i need. Once they are cut into position i perform a first-pass grade using both mLooks and the included colour board. I might also add any noise reduction or stablization they need. These settings can then be very quickly copied and pasted to other clips in the same scene as a good starting point. This makes the edit very quick and easy to see how the finished result will look.

They were a lot of composite shots in this film. All of Steven Berkoff's scenes were in front of 6 green screened computer monitors and there are also CCTV screens on a couple of the other sets which all needed to have their footage shot and then added to the comp. Luckily, FCPX's built in Keyer is fantastic. Having used Keylight and various other methods, the FCPX one is by far the best that i have used.  As anyone who has done a lot of green screen work will know, lighting on set is the key. The green screen must be lit brightly, without hotspots and without shadows or creases.  This is fine, but when what you are shooting in front of the green screen needs to be lit more cinematically, things get a bit more tricky. Even big budget Hollywood films these days light most of their chroma key shots with a very flat light to make post production easier...  you can add drama with shadows and shading in post. We tried to achieve this on set... with mixed results. I definitely got the look i wanted, but sometimes it compromised the quality of the key i could get in post. It's not impossible to fix this, but it did take quite a while to work around in post... mostly adjusting the keying parameters and sometimes adding masks to sub-standard keys.

Grading is something that makes a huge difference to the look of the movie. I don't see the point in shooting Log and then just putting a LUT on it and getting the look the camera would have got in the first place back on it??? That's just adding hours in post for no reason... if you want a completely natural look, shoot that way...  We were going for something 'hyper-real'. We knew that the antagonist (Steven Berkoff) was going to have a distinct style for his 'traps'. They would all look home-made and they would all feature yellow components. I decided to push yellow in the grade... there's a lot of driving and shots of the roads in London, so there's there's lots of yellow lines, yellow street signs etc... i pushed them all so they were very saturated. Skin tones were kept mostly natural with a slight push towards a more 'tanned' look.. and the backgrounds were kept cool. I hesitate to call it 'teal and orange', but it's a variation on that look.  Certain specific scenes were graded completely differently to the rest of the film. One scene is completely black and white. Why? Because this was a scene that was disconnected from the rest of the movie...both emotionally and physically... it needed it's own feel.  There's also a very high tension scene near the end which i decided to give a completely different look by making it look like it was shot with red lights everywhere... a completely oppressive red look...nothing natural about it.

In a few weeks, i'll talk in more detail about how FCPX helped make this a much more enjoyable post production experience. But, for now... i'll just say this: I only left FCPX to do motion tracking in After Effects and a couple of plate edits in PhotoShop. Everything else was done in FCPX. Edit, grade, composting, speed ramps, slow motion (optical flow matches twixtor) and finishing...

Some plug-ins i would highly recommend after using them in 'Seven Cases':

mLooks - Awesome grading tools. Use a preset as a starting point and then tweak.

mFlare - Stunning looking lens flares. Has to be manually tracked, but look great.

Neat Noise Reduction - I've said it before and i'll say it again. The best noise reduction there is.


See us at Cannes in May with 'Seven Cases'. 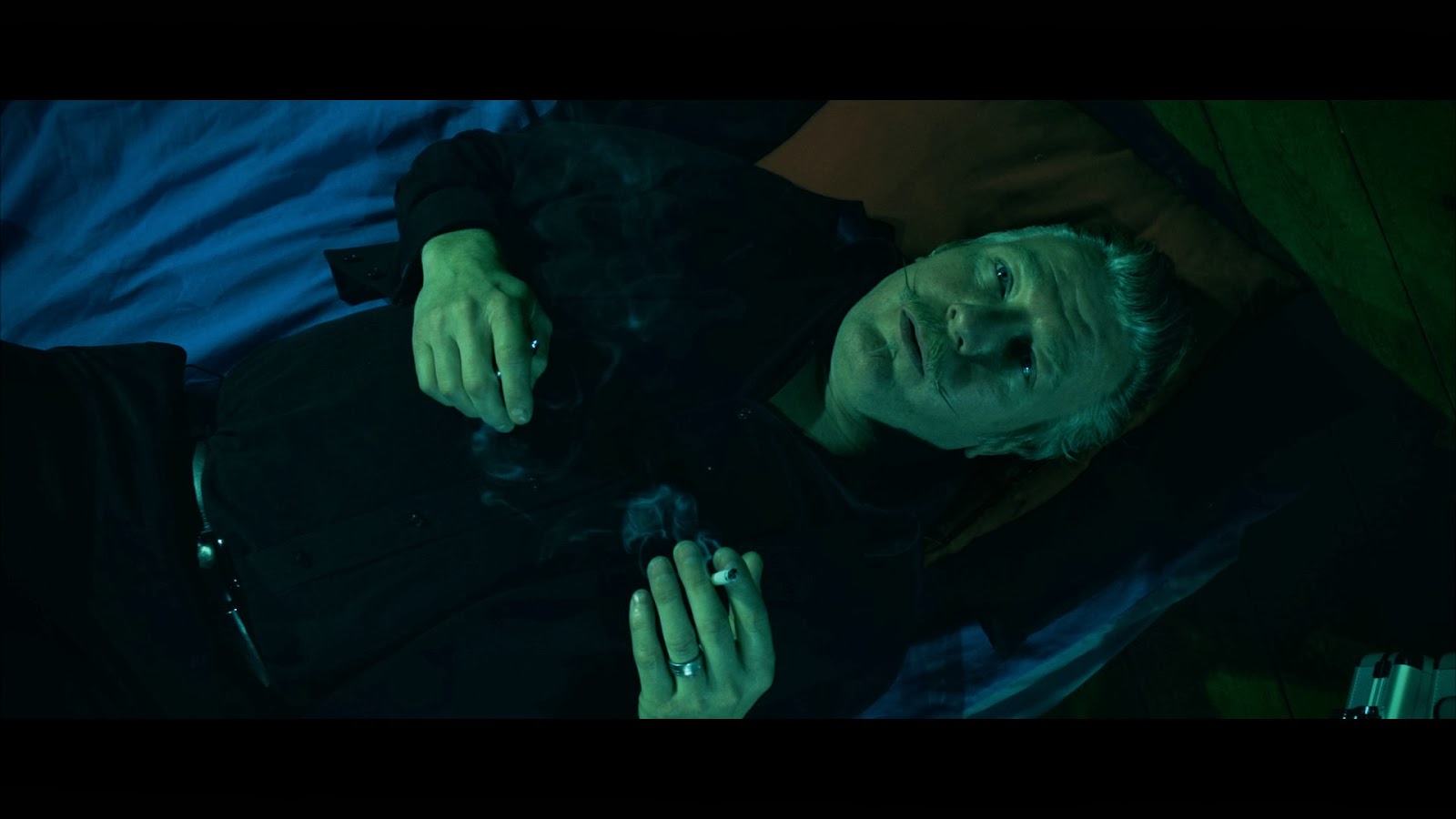 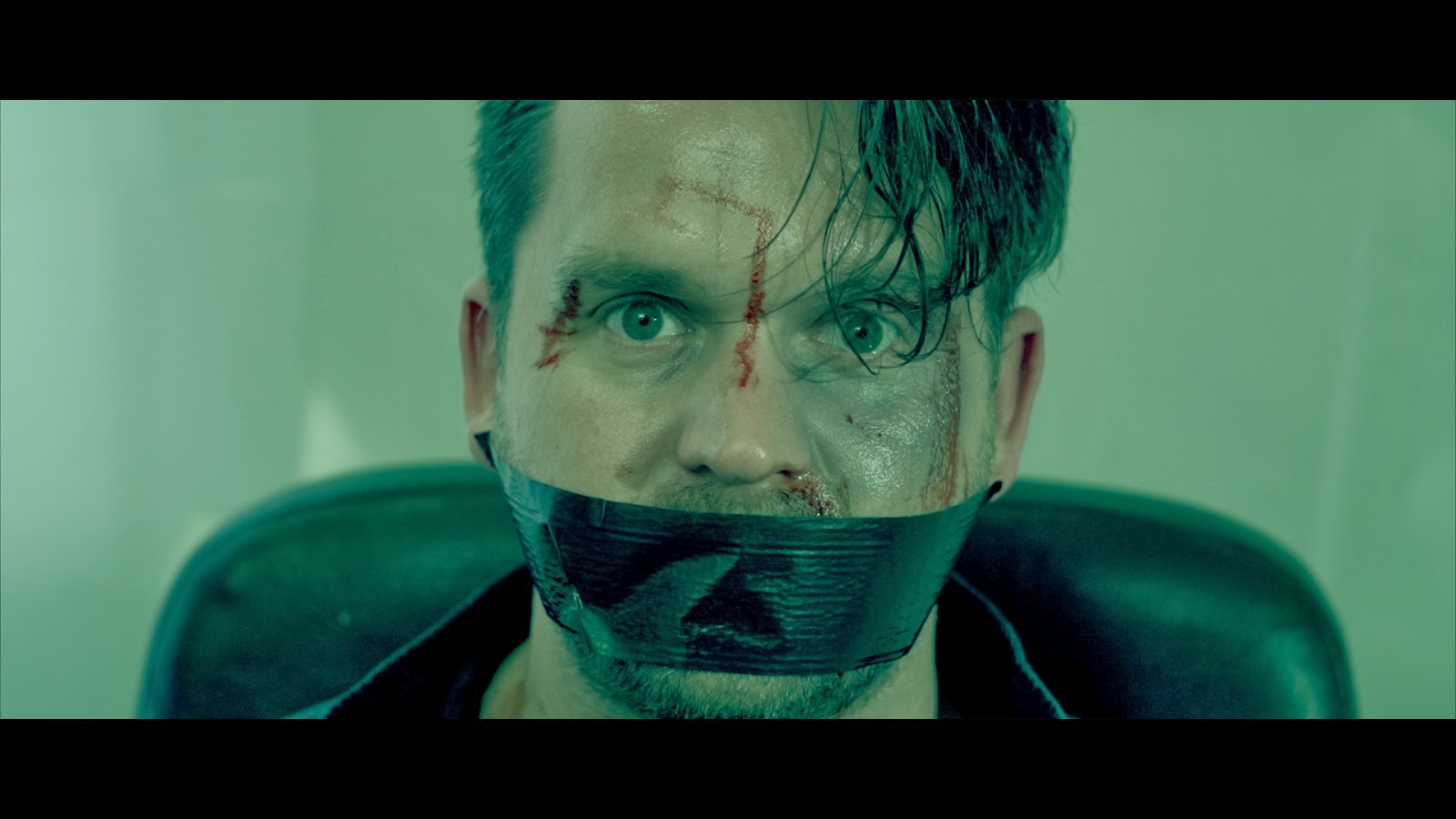 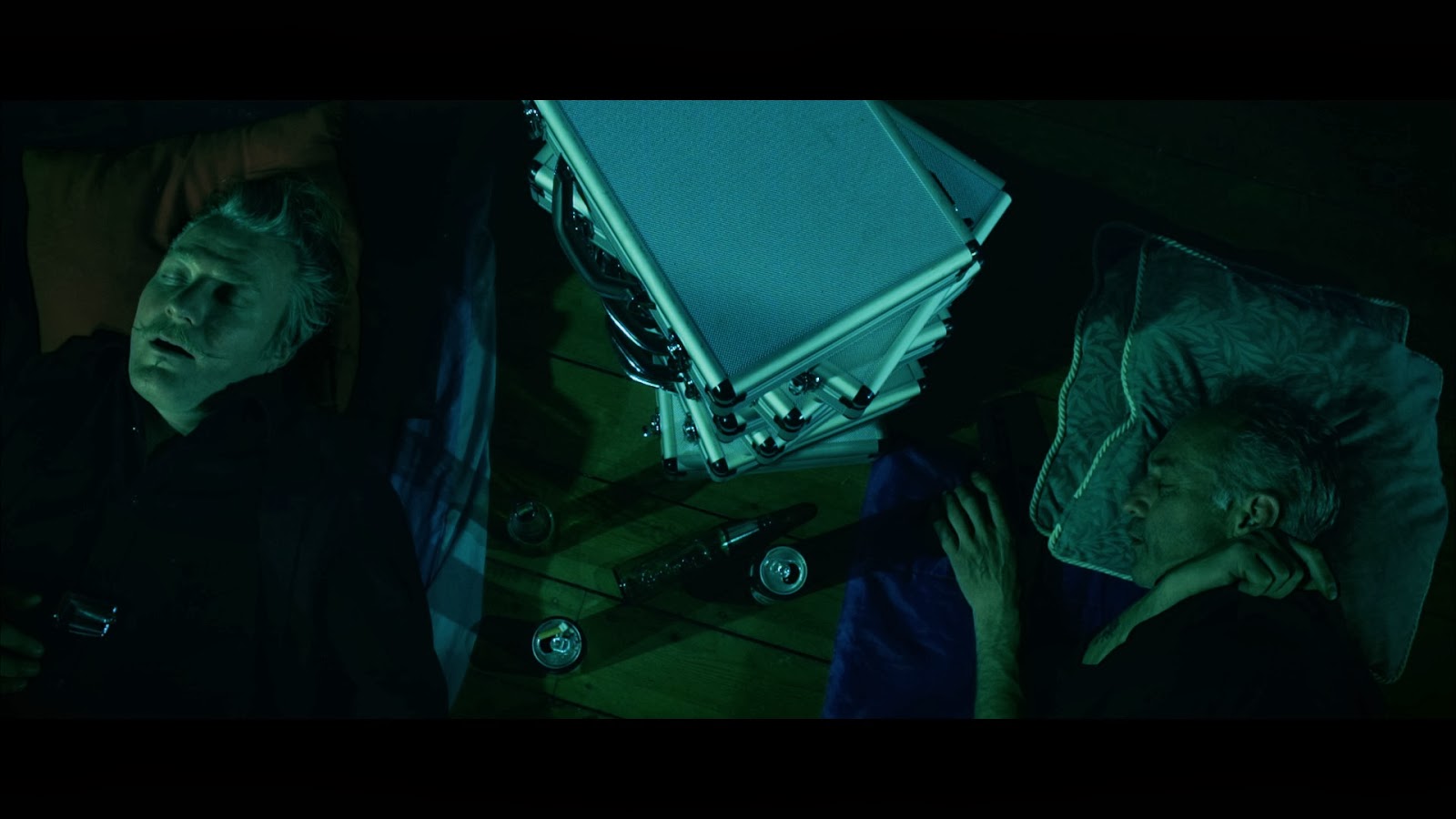