It's been a while since my last post... i've been enjoying the amazing weather over the Easter break and also working hard on the preparation for our Cannes trip.

As i covered last year, Cannes is a fantastic festival and there's a lot to be gained by going, but you can't just roll up and expect to get the most out of it. 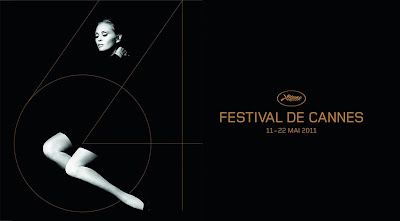 We've been filming a 'pitch' film featuring the cast of 'Their Law' to launch on the website the day that Cannes opens, as well as preparing a full colour investment brochure and some postcards to hand out. These kind of things make it easier to capitalise on Cannes.

We've gone for an A5 sized brochure as we noticed last year that a lot of the A4 sized paperwork that people brought to meetings just got left on tables later in the evening. A5 will fit in a jacket pocket or bag...and that means it's got a better chance of making it home. There's a lot of drinking and partying..and that means people get a little careless and even though they might fully intend to call you next week...they can't if they've lost your details. So... it's a multi-sized approach. Brochures...then postcards (full of information and some nice artwork...great for leaving on tables etc) and then the ubiquitous business card. Always carry business cards... it's a must.

So what else? Well, when i meet people in situations like Cannes.. i like to do a little checking up to make sure they are who they say... i Google them. So make sure your website is up to date. Google yourself and see what comes up... then make sure it's not going to make you look like a dick. If you're pitching a film..make sure it's got a current website and that you are on there somewhere. If you've got the time and funds to put a little taster video on the website...even better.

We're hoping to make contact with other film makers in a similar position to us while we're there, so we'll be frequenting the British and American Pavilions during the day, as well as the usual trawling of the Palais. It's definitely a game of 2 halves in Cannes. Daytimes for seeing the stands and sensible meetings that you've pre-arranged and then nights for socialising/networking/partying. It's the late night networking that seems to work best for making new contacts.  Early evening is when everyone is either at screenings or having dinner, so it's not really worth hitting the Croisette before 10pm... but then you need to stay until the very early hours to get the most out of it.

If anyone wants to meet up with us over there, we'll be there from the 16th to the 21st...so drop us an email. It's good to chat to other film makers over a beer.

Here's a sneak preview of the poster and brochure cover for 'Their Law',  which we are pitching in Cannes this year. 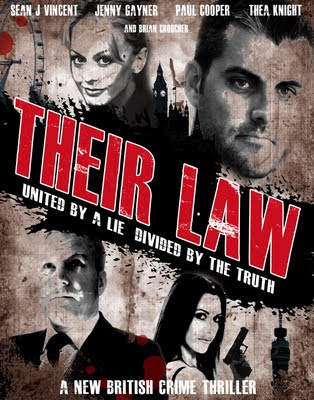