Wow... it's been 14 days of solid, hard work in our primary location...which was a large, damp and creepy ex-factory.  The cast and crew really pulled together to get the required shots done in a very small amount of time and i'm really pleased with the footage.

Amy, our Camera Op. got some great footage and combined with Ian Holmes' excellent lighting...we've got a fantastic look which will grade perfectly. I must mention that the Pro Res 422 footage from the Ninja is infinitely more pliable in post than the AVCHD captured on the FS100 itself. We only used the camera's own codec for the slo-mo shots which were captured at 50fps in full HD....awesome. Anyone not sure if the Atomos Ninja is worth getting...trust me, it is. Easy capture...easy to import into your NLE and very very solid build quality. Also, anyone who was unsure if Pro Tools works on location? It does... ok, maybe not ideal if you're moving locations all the time...but we were in one building for 2 weeks and it worked fine. Jon very quickly got the lav mic placement sorted and we got some great audio.


So what issues did we come up against on this budget shoot? Well, although we had enough cash to rent toilets, catering (albeit basic) and a simple green room set-up... it was still a bit grim to be stuck in there for 2 weeks. It's a big ask to get cast and crew to use portaloos and eat ready meals.... although we did have some rather good cups of tea and coffee....and lots of energy drinks and custard creams to keep our energy up in the middle of the night.

We managed to keep to schedule right up until the second week when a failed camera battery charger meant we didn't have any spare batteries...and that cost us half a day's shooting. But... thanks to a slightly less hectic 2nd week and a very dedicated crew...we caught up. But... like with many low budget shoots...we didn't have loads of time to get the required shots. We had to work fast...all the time. It was a case of making decisions quickly and sticking with them. We simply did not have the time for multiple takes and dozens of angles... i had to decide what i wanted and run with it. We usually shot 2 or 3 takes which is plenty if your acting talent is on the case. 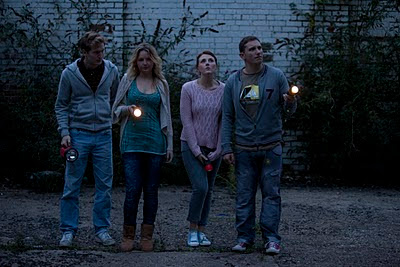 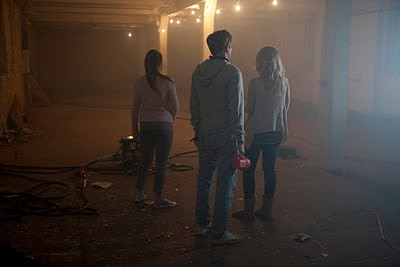 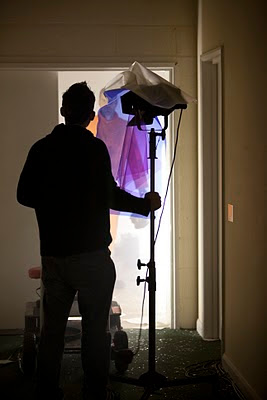 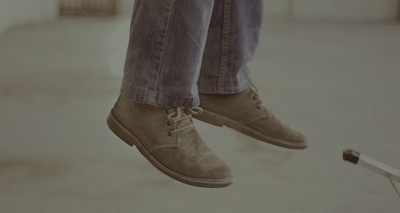 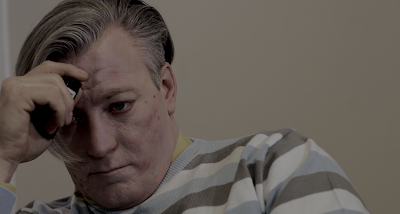 Biggest cock up? A really important prop... a syringe with a retractable needle rolled off the gurney we were shooting on...and smashed on the floor. Disaster! But... we managed to fit the needle part onto another syringe which worked ok...but we did have to shoot it slightly differently.

Biggest surprise? How professional everyone was. From the make up girls to the cast...every single person on the set pulled their weight and worked together. Film making is very much a team game...and this team really worked. I will definitely work with all of them again... (if they'll forgive the dodgy toilets..)

We also can't forget our Exec Producer, Lawrie, without whom, none of this would have been possible.

A couple of days off now...then down to London for the last week of the shoot.
Posted by Sean J Vincent at 7:55 PM