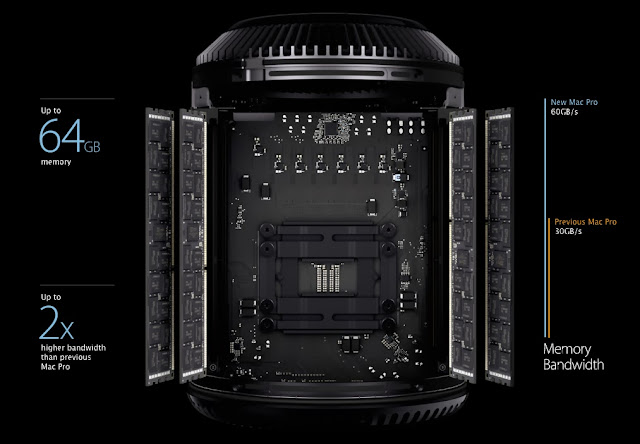 Here we go again...  the new Mac Pro which is about to drop has sparked that old flame war off again. All over the net, computer geeks are arguing about the validity of their own preferred hardware platform. The new Mac Pro boasts some incredibly impressive specs, but the PC crowd aren't impressed. There are countless blog entries telling us how with the same amount of cash ($3000 for the base model) you can build two excellent PCs that will 'smoke' the Mac Pro. I understand the reticence of spending that kind of money on a computer, but a lot of these keyboard warriors forget, that for a lot of us, the computer is our main tool in our business and is one of the most important investments we make...and as such, price isn't always the most import factor.

I worked on custom built PCs for years, smug in the knowledge that i had more power than my Mac wielding colleagues. I had faster clock speeds, faster memory and much more easily upgradable parts when technology moved forward. This all came to a grinding halt for me when my software of choice became Mac only. I tried to stick with the PC and change software, but i soon realised that the software was what i had spent years learning, not the operating system and if i didn't want to chuck my experience down the toilet, i had to stick with it. I bought my first Mac...slightly angered at having been forced into it.

For about a week, i battled through the new operating system and slowly got to the point where i realised there was nowhere near as much to learn when running a Mac as there was with a PC. PC users hate to hear it... but Macs just work. They work well, straight out of the box. Within a month, there was no way i was ever leaving Apple to go back to PC. I bought a MacBook to replace my PC laptop...a few years later a bought an iPad..  but, i've never bought into iPhone... i just don't like them - i'm an Android fan. And i think that sums it up for me. I don't use the Mac because it's a fashion statement. I use it because a) My software of choice runs on a Mac and a Mac only...and b) Because i believe both the hardware and OS are the best for what i do. Getting a PC of a similar spec for half the price doesn't interest me. It wouldn't run the software i need and it would give me problems.. all my PCs did. Of course, if you run a clean system and know what you are doing, PCs can be very reliable, but it's a job in itself to keep them that way.

So, for any disgruntled PC users out there... if you love the PC platform, you stick with it. It very well might be the best option for you. But, please don't lay into the many Mac users who are looking forward to using the new Mac Pro. I doubt they are planning to do much in the way of Word or Excel or even gaming on it. This machine is for people who want to run Logic Pro, Final Cut Pro X and other high end, resource heavy applications that simply aren't an option on the PC. If you run Cubase, Nuendo, Sonar or even NLEs like Premiere or Lightworks...the PC could be your best bet.

Online flame wars about this kind of thing are a lose-lose situation. At the end of the day, your work stands or falls on it's quality... not a single audience member in any cinema or any gig cares what software or what computer you used to make it.  Save your time arguing and spend it making your next project better.