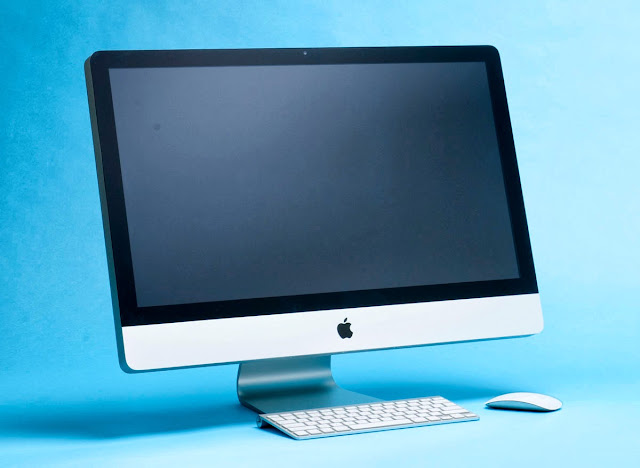 Last week the unimaginable happened... my Mac crashed...big time. It just sat there with a black screen full of raw code... no sign of OSX. No amount of restarts changed things... it was not booting up.

This occurred because something went wrong with a software update. I made the fatal error of updating the OS - not a big update... a tiny incremental one, but something went wrong as the progress bar was only about 25% complete. So the OS got hosed and my iMac wouldn't start up. I panicked.  I keep all my work data on external drives, so i knew my projects were safe, but all my applications and some of my personal files like photos and my iTunes library were inaccessible.

My late 2011 iMac is a high spec...3.4Ghz, 2TB hard drive, lots of RAM and the best graphics card you could spec for an iMac in 2011... but it also has another feature - a restoration partition. This meant i could re-install Mountain Lion...so i did. I spent 48 hours putting all my software and plug-ins back on there and getting everything back to normal. Phew... i seemed to have avoided a nasty bout of dead-mac.

All was well for about 24 hours, and then things started going wrong. First, FCPX starting misbehaving. It would crash, often on start-up. In the past 10 months i've found FCPX to be very reliable and it hasn't given me any issues...so this was worrying, especially in the middle of a major feature film edit. Then, the day after that started, one of my main working footage hard drives decided to stop showing up in OSX. After trying to repair disk permissions, it greyed-out in the disk utility. Shiiiitt. So, i ran Disk Warrior, which after finding a hell of a lot wrong with the file tree, actually failed to be able to fix it. One dead 3TB HD. Not happy.  This was getting severely worrying and very annoying.

So... once more, i nuked the System HD and re-installed everything.  This time, as soon as everything was back and working, i made a USB clone of the System HD. It's a good job i did, because within hours the System HD appeared to fail again. This time, it would not let me repair permissions or repair the disk and even Disk Warrior crashed each time i tried to run it on the System drive. Arse.

So, for the last few days i've been running my Mac on an external USB drive copy of OSX. It works ok, but again today, it's been playing up. Random crashes in FCPX and also a couple of crashes that actually caused the Mac to re-boot!

Today, i've wiped the hard drive again and am now installing OSX again from scratch. This time i'm leaving it completely standard and seeing what happens. I've got a Genius Bar appointment booked...

In my opinion, i have a fault with the hardware somewhere. Either the GPU or the Logic board. Clearly the internal HD is knackered, but as it also crashes when running on an external drive's version of OSX, it can't be the only problem.


For clarity, ALL my data including FCPX projects and events all live on external FW800 or Thunderbolt drives.

Let's hope Apple do the right thing and realise that a £2k computer which is less than 2 years old shouldn't be doing this.  I rely on my Mac to earn my living and being without it for even a couple of days is going to cost me money...   There's a big project i need to start next tuesday, so fingers crossed. It's already cost me nearly a week and one 3TB HD. I'll keep you posted on what happens at the Apple Store...

UPDATE>>>
Well, today i took my iMac to the Apple Store. A very nice bloke ran various diagnostic apps on it in front of me and everything seemed fine. But, they agreed that the symptoms i described don't sound good. They have kept it for the next few days to run more in-depth tests. The bad news was they said that any repairs would be chargeable at the full rate. I don't know about you, but if i spend £2k on a computer i expect it to still be working 20 months later. The worst case scenario he said was that i might need a logicboard, a new drive and a new GPU. In that case it would cost almost £1800 to fix. For only £200 more i could replace it with a new one.... but why the hell would i? If this one can last 2 years, what are the chances of a new one doing any better? I am contacting the original retailer and also Apple themselves. There is always the chance that the Apple Genius's may find nothing wrong... in which case, i have no idea what comes next.

UDPATE 2>>>
The Apple store just called. My Mac failed a lot of the tests they ran until they removed the 3rd party RAM i had installed. When they removed it, the Mac passed easily. They could replicate the crashes with the RAM installed, but it was fine without it. Luckily i bought good quality RAM with a lifetime warranty, so it will get replaced and i might as well add a lot more while i'm at it. Good on Apple for diagnosing the problem at no cost to me and not trying to sell me something i don't need. Try getting that kind of service at a well known PC store...