Develop your style and your voice 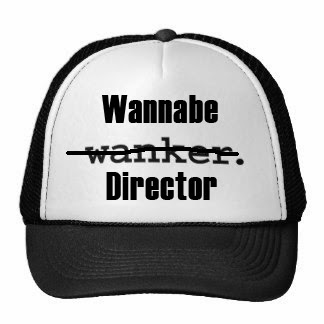 I'm always quite stunned when i see other indie filmmakers darting from one style to the next with their projects. I'm not necessarily talking about genre, we can't all keep to one genre all the time... but some filmmakers (and i purposely don't use the term 'directors') are making comedy skits one minute and professing a love of deep, meaningful cinema the next. If you have diverse tastes and you want to work in both comedy and serious drama, that's no bad thing, but if the start of your career is littered with random projects with no common style or 'voice' then it's going to be hard to be taken seriously.

I have just read Chris from Living Spirit's article on holding back on your first film until you are 100% sure it's the absolute best film you can make and is ready for the World to see it. I agree that you should never work on a film you don't believe in, but sometimes we have to make mistakes in order to learn. I've made 3 features now and i've learned so much on each one, i can't wait to make another one to see what else i learn. If i'd not put out my first film because i was afraid it was a bit shit (and it was), i'd never have got the investment to make the 2nd one...which in turn lead to the 3rd.  We need to be brave and let the World see our efforts...even if they aren't 100% what we want them to be. It does feel like going down to breakfast in a busy hotel restaurant with your balls swaying in the wind, it's very scary and you feel like everyone is going to say something negative... but it's part of the process.

A lot of indie filmmakers are looking to jump into the premiere league of filmmaking and they see a kind of 'hand of God' situation occurring where someone from the industry picks you to direct the next Bond film. It's not going to happen for 99.9% of you. Remember how unlikely it is to get your film picked up for a major festival? It's 100 times less likely than that. So...what to do?  Ignore the nay-sayers and make your films. Make them yourself. Find the money yourself and produce them as best you can. Eventually one of several things will happen:

I've had many meetings with production companies and studios and what they look for is a style and voice that runs through a body of work. Watch any Kubric film and you'll see him and his style all the way through. The same goes for Spielberg, Hitchcock and Darabont. Very diverse films, but very obviously theirs. From the visual style to the narrative content... you can feel their input in each shot.

Trying to develop a style isn't easy. All the big filmic gestures have been done before... but don't think the big Directors didn't steal them from the filmmakers that went before them...of course they did. So pick and choose your favourite bits and mash them up...but add a bit you to the pot. I've got a couple of shots i use a lot and i think (and hope) these are part of my 'style'.  I also have a very definite edit style i'm trying to stick with... it's a bit of a hark back to a style from a long time ago, but i like it and hopefully it subtly becomes associated with my films.

What about 'your voice'? That's even harder. Look at Hitchcock's career... what was he saying? Where was he going with it? He opened up cinema to a whole new era. He learned to shock audiences in a completely new way and made people wary of certain situations back in reality. He made people look at the World with a slightly more suspicious mind than previously. Spielberg makes films about hope and the human heart... you leave most of his films feeling uplifted and hopeful...and grateful to be part of the human race. Kubric left audiences in awe of the darkness and mistrust his films generated.. he delved into the part of the brain that we prefer to ignore.  That is the voice... that is what these film makers 'say'. What's yours?  When you find it... you'll find either choosing or writing films much easier.... you will have a point of view to work from. It doesn't matter what genre you apply your voice to, but if it's not there...if you ignore it, you'll be working on something that really won't fit with 'you'... and that will be a waste.