Writing a Series as opposed to a Movie 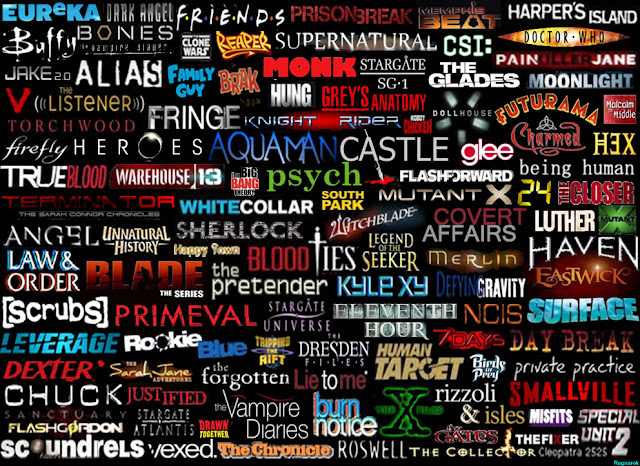 I've been working on writing a Sci-Fi series (Paradox) and it's been really interesting to get my head around the differences of writing a feature script and writing a bunch of episodes of an on-going series.

Obviously, with a feature you have a couple of hours at the most to introduce your characters, your world, get the story told and get out again...  it's a tough gig sometimes to get the audience to like or even just know your characters in such a short amount of screen time.

With a series, you have much longer to develop things, but probably shorter to get the audience hooked enough to come back for more.  Setting up a story that can spread over a series or even a number of seasons to keep the audience interested is tricky and it's important you have your key elements in place.

What do i mean by key elements? Take any well-known TV series.... and there will be a 'thing' the cast have to 'do' in each episode...   In The A-Team, the guys had to help someone out with a bully. This usually involved building a mental DIY tank or something similar and then Murdock would steal a helicopter and Face would chat up the nearest attractive woman... Hannibal would smoke cigars and BA would drink milk and complain about having to get on a plane.  This happened every episode for many years. In The X Files Mulder and Scully would turn up to investigate something weird and then there would be occasional references to the on-going back story of Mulder's missing sister and the mysterious smoking man. Each episode would usually tie it's own loose ends, but leave enough un-answered bigger questions to join the episodes together. Modern series like Breaking Bad may seem to work differently, but really it's a series of small stories that join together with the overriding story of Walter's cancer prognosis and secret life as Heisenberg.

So you need regular characters with goals that can be strived for over a series or five...and then you need regular, smaller problems that be overcome in an episode or two.  The main cast shouldn't be too big and recurring secondary characters are good. The pilot episode should set the tone... the 'big thing' that needs solving should happen and then the 'team' or main character should solve a smaller problem that sets him/her/them on a path that can stretch out for the foreseeable future... never quite getting to the point where they resolve the big problem, but appearing to grow and learn all the time as the series progresses.

In a practical sense, the writing process is pretty similar to how i approach features. I start with Wunderlist. (the app on my phone) I add ideas to the list while i dream up the story. These ideas are simple things like: 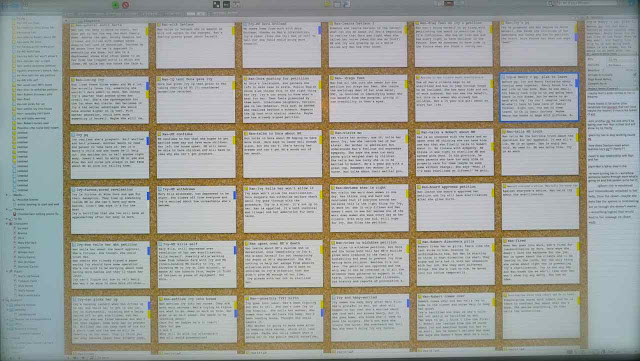 So with a few notes on my phone i have the very basic ideas. At this stage i start a new project in Scrivener.  Scrivener is piece of software that allows you to keep all your research notes and screenplay work inside one app. I use it to start fleshing things out. I use the corkboard and index cards to start writing scene ideas down. Then i use the character description section to start getting the characters fleshed out. It's good to come up with some backstory so you know what their motives are and how they are likely to react in different situations... it makes writing for them much easier. 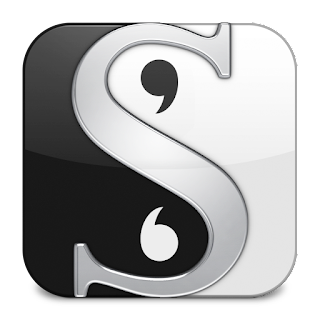 Once i've got all the scenes for an episode on the index cards, i generally transfer them all to handwritten post-it notes which i stick on a big piece of foam-board. I edit and re-arrange the scenes many times until i feel it's flowing the right way. At this stage i usually begin to stick pictures of possible locations and props etc onto the board to create a 'mood board'. I have tried software for this, but i find a real board so much more useful and it's great to have it on the wall the whole time to keep me in the right frame of mind when working on the screenplay.  Finally, i use MovieDraft to write the screenplay itself. I have tried Final Draft and the screen writing section of Scrivener but i find MovieDraft to be much easier to work with.  We're planning on ad-libbing a lot of this series, but i'm writing the pilot and the first episode so we all know how the characters act and talk and it will set the tone for future episodes.

I'm looking forward to shooting this as it'll be a different discipline from shooting a feature. Technically, it'll be similar, although we are planning on a mostly two-camera shoot, which i haven't done a huge amount of in drama, so that will be a challenge with lighting and blocking requiring more thought.

Anyone looking for the link to the previous blog about the project as a whole and our search for sponsors, click here: http://www.seanjvincent.com/2015/05/paradox-looking-for-sponsors.html