Back in the 80's it was easy. If you wanted to see a film on a big screen with good sound you had to go to the cinema. They had us in the palm of their hands. Even with the video rental market...cinema was too tough to top. VHS copies didn't look or sound great on the ropey TVs we had in homes back then...and it took months or even years for new titles to come out on video after the cinematic release. But that's all changed. In the last few years, sales of big plasma, LCD and now LED TVs have gone through the roof. Almost everyone is buying home-cinema style TVs and often fitting their living rooms with surround sound systems too. Not only do we have DVD, but we now have BluRay too... a massive increase in quality, especially vital for large screen viewing....and new titles can be in the shops within weeks of the cinema release. 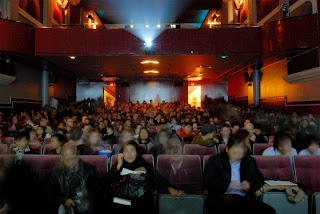 Back at the cinema things aren't so good these days. The ticket prices are sky high...roughly £5 per adult minimum..often £7 or more. Then there's the food. If you want to budget for 2 adults to see a film, eat some popcorn and have a drink too....you'd better take £25 minimum...and that's before we've thought about getting there and back.  Then you've got the cinema itself to deal with. Kids with mobile phones, uncomfortable seats and no one pauses the film when you need the loo.

So, you can stay in...watch a film on DVD or BluRay...(which you can pick up for less than £10 a lot of the time) in the comfort of your own home....or you can pay more than double that and get fleeced for some popcorn and flat coke.

Can anyone see a pattern forming here? When cheap booze was introduced via the supermarkets and then the smoking ban come into force...people stopped going to the pub midweek. Why pay double the price for your drinks to sit in what is basically someone else's living room instead of staying in your own? Ok, there's the social aspect of it..but with everyone busy chatting on Facebook and Twitter who needs physical social interaction? A massive portion of the population spends it's weekday evenings on the laptop at home with a drink in hand...TV on in the background.

The Film Business is struggling. The industry big players would have us believe that it's illegal downloading that's killing cinema. All the indie distributors and production companies that got snapped up by the big studios in the 90s are disappearing. The only movies getting made now are either the mega-budget blockbusters or the micro-budget indies. The middle ground has been swallowed up by a wave of fear perpetuated by the big studios. They think there's no mileage in releasing films that can't guarantee a huge opening weekend because they really can't afford to fail at the moment. That's why we're stuck in franchise limbo. Action movies based on comics will come thick and fast...anything with a megastar lead will get green lit...but films with soul, films that break the mould or showcase new talent will struggle to find investment from studios or distributors. It's not file sharing that's killing the movie business, it's the movies and the cinema chains.

Luckily, not everyone is prepared to take this lying down. The digital age has allowed film-makers to make their visions a reality with much less cash than a studio production would need. DIY film-makers have inherited an section of the industry left under-catered for by the tradition system. With online based fund raising campaigns and clever marketing, the DIY film-makers can take up the slack left by the industry and get a foot in the door. Self-Distribution is the name of the game... bypassing the middleman and selling directly to the audience... via physical forms (DVD, BluRay), via the web (streaming and downloads) and also via viewer requested screenings. Trailblazers like Arin Crumley with his 'Open Indie' (http://openindie.com/) project are the future. Expect to see lots of similar style projects popping up because it's good for everyone. The film-makers get to make good films that they want to make and the audiences get to see films they want to see without someone in the middle taking money from both sides. 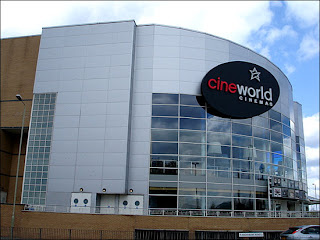 So what's the film industry doing to stop the decline in cinema audiences and try to halt the 'pirates' of the DVD world. How are they going to get us into the cinema even though we've got home cinemas?
3D... the saviour of the film industry.  How many of you are waiting for Avatar to come out on DVD or BluRay before you see it? Not many i bet...   I personally don't think it's going to work in the long term. I've seen plenty of 3D movies and admittedly, these days they do look great, but it's a fad. I don't want to watch the next 'Trainspotting' or 'Shawshank' in 3D thanks very much. I'm sure we'll see some great action movies in 3D for the next couple of  years...but then it'll die down to the rarity it's always been. As for 3D TVs in the home... i can't see it taking off.  Until they find a way of getting rid of the need to wear glasses, i don't want one...and even then, i'm not that bothered.

So, if you want to help cinema and stop this industry from dying, it's not about bums on seats at your nearest multi-plex...it's about finding the indie film near you and supporting it.
Posted by Sean J Vincent at 2:23 PM