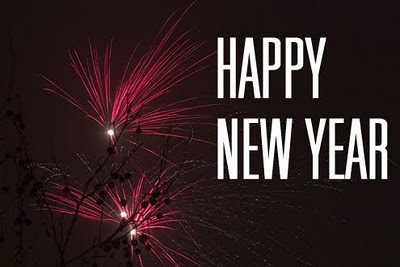 Okay, so i'm a day early with my 'Happy New Year'. But, i'm going to be in no fit state tomorrow night to be blogging.

2010 has been odd. We've had some really harsh stuff going down at the same time as having a really good year for my career. I originally hoped to get 'Their Law' off the ground in 2010...and we did start shooting the trailer in December, but it's pretty much all been put back to 2011.  Things just got so busy and i got majorly side-tracked by all kinds of projects and personal stuff.

2011 is going to be different. A plan is already forming. By the end of Feb, we'll release the proof of concept trailer for 'Their Law' and we can begin pitching. May brings Cannes madness around again...and this time we'll be ready.

I realised this week that i haven't written a song in 3 years... well, unless you include the music i write for TV ads etc. I used to live and breathe music... and i still love it...it's my day job... but i've come to regard the music industry as a dying turkey that i need to avoid unless it's paying a day rate. I'm sure i'll come back to it... but right now, film is where i'm heading.

2010 was the year of DSLRs for me. I got my first Canon 550D and i've used it a lot. I've come to appreciate it's amazing capabilities and i really don't feel the need to rush out and get a AF101 just yet. I'm sure i'll get an AF101 or something similar at some point in the next year, but i've not had any issues with the DSLR route. The 12 minute recording limit hasn't once caused me any problems on set...i just don't ever shoot for that long with drama. And, i always record sound separately anyway, so the lack of XLR inputs etc isn't a problem for me.

I want to get 'Their Law' fully funded and book the shoot. I know i've got a killer script and an excellent cast... and the trailer is going to prove it.

I want to re-evaluate how i divide my time between my engineering and my film projects. I love my sound engineering, but i've got to evolve.. i've changed and so have my aspirations.

It would be great to get the AirCam Project i've got going with Neil Jones developed to the point where it's bringing in regular work and allow us to upgrade the amount of camera ships we can operate.

I guess i've got to test the waters with 'Crowd Funding'. I'm really not into the whole idea... but i know it's an integral part of funding a film these days... but we're going to try a different take on it.

I won't bore you with all the usual blah blah blah for New Year... go to the gym, stop smoking cigars, stop enjoying myself so much...hahaha...no chance.