iPad2, DSLR wars and 'Making films, not messing with cameras...'

So, after not buying into the iPad1, i went and did the proper nerd thing and queued up for an iPad2. I've never felt more of a geek in my life...i won't be doing it again. But, all that being said, in the last 24 hours i have come to love the iPad. It's already replaced my trusty MacBook Pro for Facebook, Twitter and email duties... on top of that, i'm also using it for my calendar/diary, for notes, for news and pretty much everything else apart from actual work like Final Cut, Photoshop, Logic or MS Office. Not bad for a little tablet thing that most people use to play Angry Birds on. (I must admit i've had a go on Angry Birds...strangely addictive) 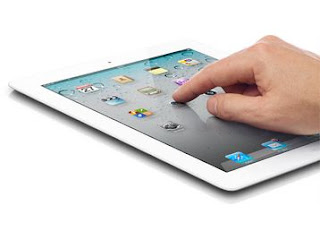 This weekend has seen some interesting debate online about the usefulness of the new breed of large sensor video cameras like the AF101 and new Sony FS100. The argument goes, 'Why should we pay £4000 more a camera that doesn't give a better end result than a £1000 DSLR?'. Fair point. I get that and it's a tricky one to argue against. I guess my point of view is this: I love my Canon 550D, but i will definitely upgrade to one of these other cams when i come to shoot my next big movie. Why? Because i want rid of moire, i want rid of the H.264 hassles and i want better connectivity for monitors and for external recording devices. I'm not bothered about audio connectivity... i will only ever shoot with separate audio.. on camera audio is nearly always crap and completely useless for drama. But... and it's a big but...

I would be just as happy with a DSLR that solved these issues. I would choose a Canon 5D Mk3 if it solved the issues. I don't care if it's a stills camera.

The DSLR backlash...and film maker or camera man?
Some old skool camera people still look down their noses at us DSLR types... and these people are now shooting with the AF101 or F3... they love the shallow DoF style but they feel that a real camera should have XLR audio inputs, ND filters and solid, chunky buttons on it. Now that's fine, they are entitled to their opinion. But, suddenly some of them are back on the war path slating DSLRs again. Seriously boys, this isn't the playground... all that matters is the end result... and even then, most punters don't give a shit what you shot your latest movie on...as long as it's good.  Some of the blogs i read are presuming we all work on corporate videos or tv spots. We don't. I don't come from an ENG background...never touched a betacam... or a 35mm film cam for that matter. Does that make me an outcast? I made my first pop promo on DV and i've only worked with digital since...usually the low end of the market. DSLR gave me the chance to up my game without getting too financially fubar.

The thing is, i don't spend all week wrangling with my rig and shooting stuff for the sake of it...although, i think shooting a lot is good practice. I'm a film maker, not a camera man. I'm also a writer and a producer. I spend my time evenly distributed between script writing/editing...location scouting...finance sourcing....promoting what i do and meeting people who can help. Making films is all about getting people fired up to believe in your idea...and luckily for me, i've got a big mouth and i know how to use it.  I really enjoy the banter on twitter and the blogs, but at the end of the day, most of it just a distraction and very little of it actually helps me advance my career. That only happens when i get off my arse and talk to people in the flesh...meetings/networking...whatever you want to call it.. it works.  I've met 3 people from the film industry in the last 12 months that have seriously helped push my career forward and none of them came from twitter, facebook or the blog. That's not to say i'll never make a connection that will help in some way, i just haven't so far.