The Kim Wilde German tour is almost over...2 more shows, Dortmund tonight and then Hamburg tomorrow. It's been a blast... the shows have been awesome and the fun has been, well, fun.

The German crew have been great. Hannes, my systems tech has got the PA right every single night and not once have i had any issues at all with it. We've had some tricky venues too... Last night in Dresden we had only one available hanging point which was 4m behind the front of the stage, but it still sounded great and i had no problems with lack of headroom on the vocal.

Steve on monitors has done a blinding job with everyone just being able to get on with performing without any problems...he's a real scientist engineer. (who happens to look a bit like Abe Lincoln)

Daz and Cornish on the backline have been flawless as usual... even when Rick's amp blew in the middle of the show in Oberhausen...they changed it for the spare in minutes.

Mark Video's lights have been stunning too. It's really made it a great show to watch with loads of LED lights, some really cool moving lights and lots of great back-lighting.


The best gigs so far have been Munich and Stuttgart. Mainly because of the types of venue...standing and also with great acoustics and a stunning performances by the band. I had an odd one at Munich cos i felt very dizzy during the gig and had to visit the hospital the next day to get myself checked out... no idea what it was, but i'm absolutely fine now. Very strange.

Looking forward to the last 2 shows and really hoping to end on a high in Hamburg in front of lots of friends and the usual great Hamburg crowd.

5 days off when we get back...and then Athens! 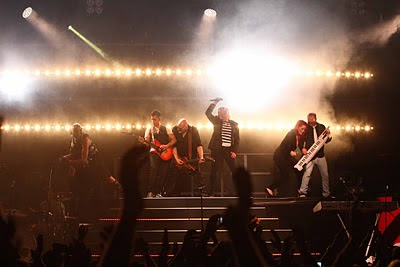 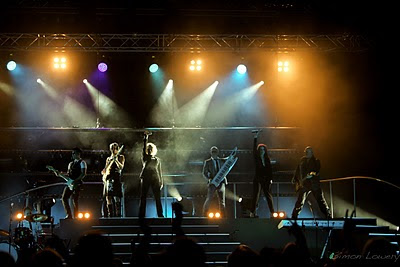 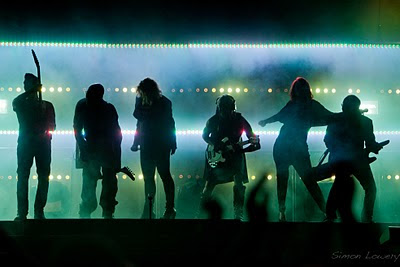 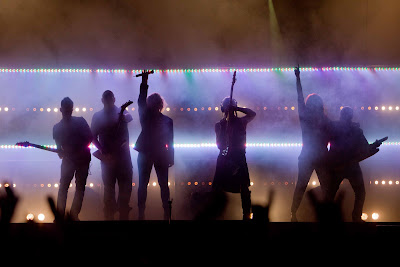